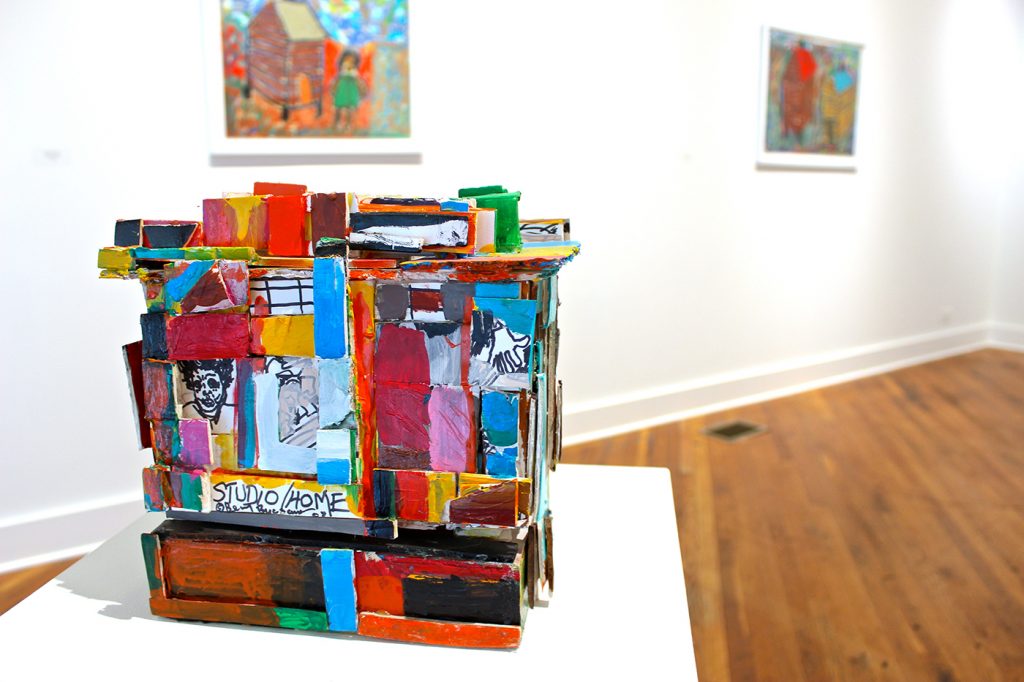 DETROIT — Due in part to its protracted economic siege state, for many decades, Detroit sat largely outside the realm of art world conversations. Aside from the Cass Corridor artists of the early 1970s, there has not been a major contemporary art movement to emerge from Detroit. As an outsider place, it has long been a landscape both literally and figuratively shaped by the work of “outsider” artists (this despite being home to Michigan’s only dedicated undergraduate art school, the College for Creative Studies).

Perhaps for this reason, the work of Beverly Buchanan feels like a perfectly natural fit for Detroit. A small retrospective of her shack sculptures and drawings, Beverly Buchanan: Low Country, is on view at David Klein Gallery downtown, and the aesthetics feel right at home with those of landmark Detroit artists like Olayami Dabls and Tyree Guyton, painters like Jide Aje and Gilda Snowden, and the wood constructions of artist John Egner. Buchanan’s evocative little constructions and childlike pastel drawings are alive with the same kind of color and wabi-sabi principles that inspired a whole category of practicing artists in Detroit.

I confess, I struggle a bit with the concept of “outsider” artists — it always feels to me like a euphemism. Buchanan is not, in fact, an outsider artist; in addition to pursuing a career in medicine as far as a Master’s Degree in Public Health from Columbia University, she enrolled at the Art Students’ League in New York, where she studied painting under Norman Lewis. Eventually, she came into contact with Romare Bearden, who went on to mentor her, and she became a player within the New York art scene for several decades. But in spite of conscious and formal consideration of the art movements of her time, Buchanan’s work — especially the selection on display at David Klein Gallery — is equally in conversation with the architecture and craft aesthetics of the rural South. Just like Buchanan, Detroit’s majority African-American population can trace bloodlines back to the states below the Mason-Dixon line, and the desire to recreate and reiterate these subjects indicates ways in which the Northern Migration did less to extinguish the poetic memory of place than one might imagine — place as identity, shack as portrait.