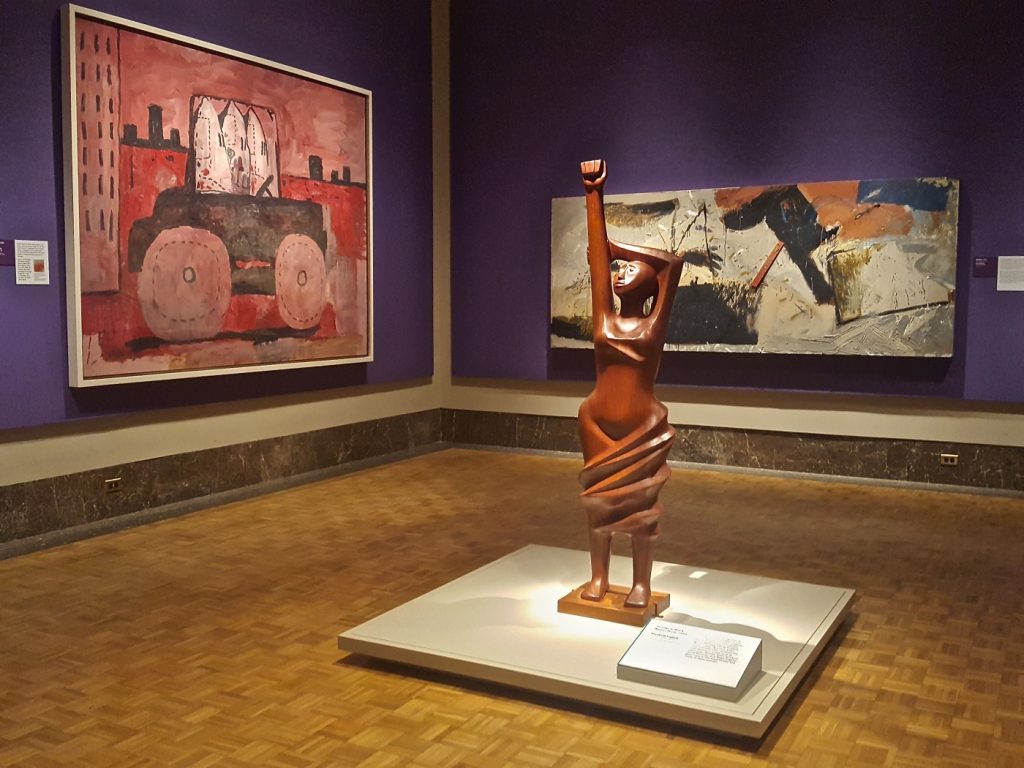 As Detroit arrives at the 50-year anniversary of the summer of 1967, many of its cultural institutions are seizing the opportunity to reflect upon the history of the Civil Rights Movement, as well as the cultural and social factors that played a part in the mass civil uprising that took place in the midst of Detroit’s “long hot summer” of ’67, finally culminating in the dispatching of federal troops to quell the riot.

The Detroit Institute of Arts is presenting the special exhibition, “Art of Rebellion: Black Art of the Civil Rights Movement,” which presents representative works from five different African-American art collectives that were active at the time, as well as linking their political ideology and efforts to the work of individual practitioners, Detroit-based and otherwise.

The exhibition is presented in collaboration with the Charles H. Wright Museum of African American History, which organized a complementary exhibition, “Say it Loud: Art, History, Rebellion.” Both are part of a community-wide reflection on Detroit’s summer of ’67 that includes about 100 local institutions led by the Detroit Historical Society.