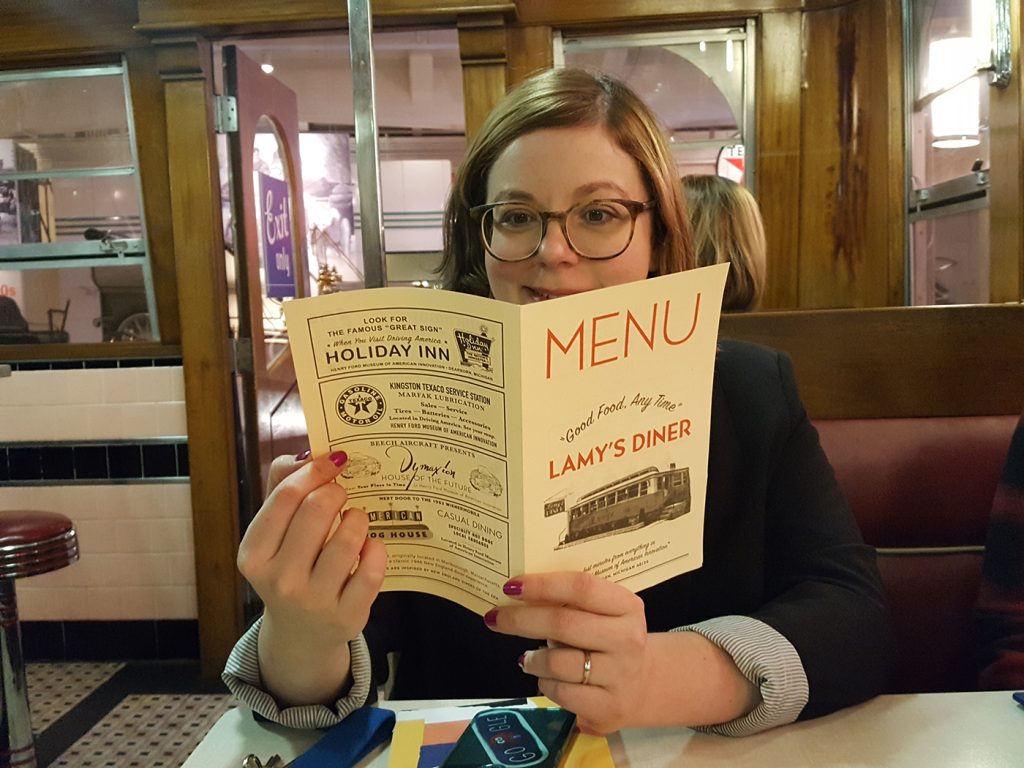 Throughout its expansive campus, The Henry Ford (which includes both the Museum of American Innovation and Greenfield Village) has a jaw-dropping 24,000 objects on display. This includes everything from cars, trains, structures like a working diner and Buckminster Fuller’s model Dymaxion House, and thousands upon thousands of smaller pieces of the material and technological history of the last several centuries. This number seems staggering, but is actually small potatoes in light of the institution’s archives, which houses one million objects in on- and off-campus storage facilities.

“For me, as a curator, I am generally aware—partly through collecting and also through my work with the collection—of many, many deep veins that run through our collections,” said Greuther, during a tour through the museum’s newest special exhibition, House Industries: A Type of Learning, a 25-year retrospective of the influential design firm, House Industries, for which he served as curator. “Those aren’t necessarily even well represented on the floor. People might say [of the House exhibition], ‘What’s all this punk stuff? What’s that got to do with anything?’—but actually, if you dug a little bit, you’d realize we do have that kind of thing in the collection, it’s just that we’ve not had an exhibit that incorporates it.”