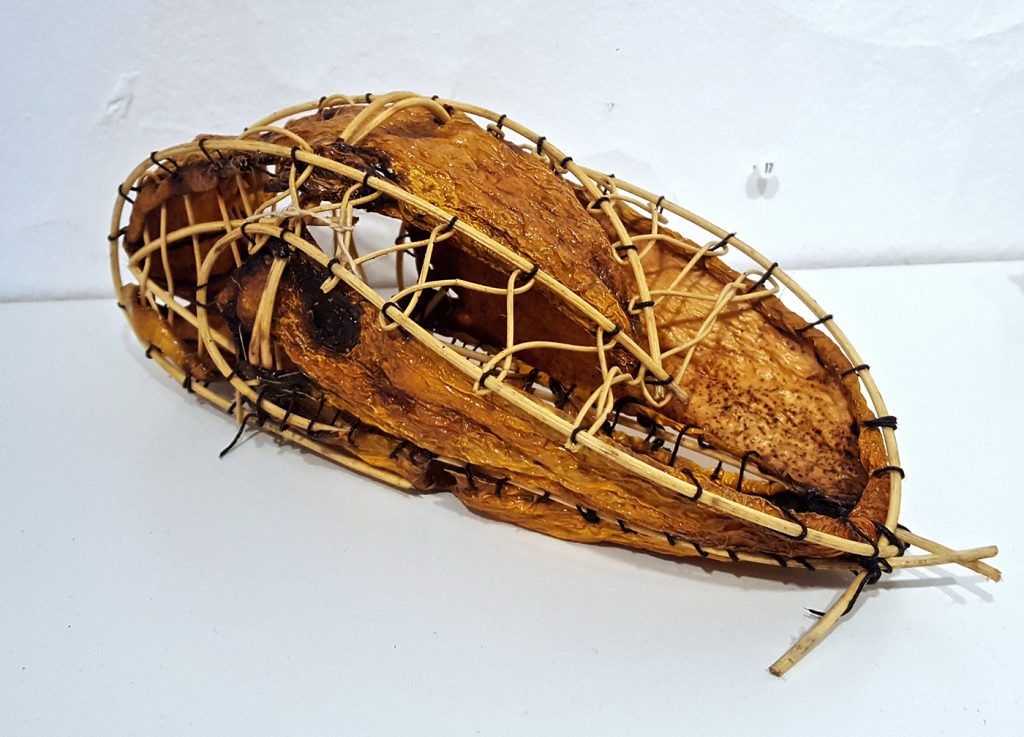 DETROIT — To those who consume it, fruit may be among nature’s most delicious treats, but fruits are also reproductive bodies.

Joining work in diverse media by artists Alyssa Bogdan, Ginny Martin, and Manal Shoukair, Eddy’s contributions stand out in part by sheer numbers — of 58 pieces on display in the Scarab Club’s main gallery space, 46 were produced by Eddy — but also in their direct use of the fruit as a living material, rather than just casting it. In a relatively tight span of two months, Eddy cultivated an experimental and hands-on process of converting fruits from Chile, Guatemala, and Mexico into 2D painted works, with pigments developed from the juice of the various fruits, and 3D sculptural works that use basket-woven reed constructions as the superstructure for intricately cut and dried fruit skins.