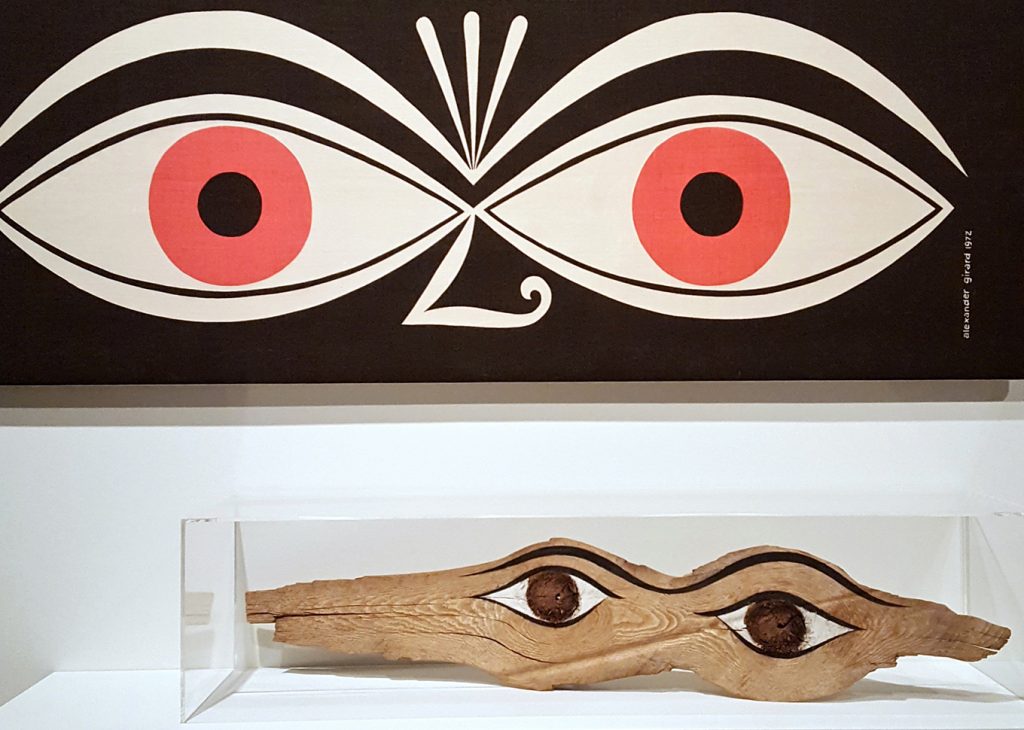 BIRMINGHAM, Mich. — “Every new project presents some version of basic order,” wrote Alexander Girard. “In it, the ingredients for the exercise of fantasy and magic may usually be found.” The quote, taken from one of Girard’s artist statements, was heavily referenced in a symposium devoted to his fantastic and fantastical retrospective at the Cranbrook Art Museum, Uncovering the Fantasy and Magic of Alexander Girard. He wrote it when he was designing the interior of the home of his major patrons, J. Irwin and Xenia Miller, in Columbus, Indiana. Today, the Miller House is thought to be one of Girard’s greatest extant works, and is emblematic of his allusions to fantasy and magic.

Girard’s work was prescient, mitigating the stark sterility of American Modernism with the introduction of bold color, materials that are at turns earthy and futuristic, and the quotidian aesthetics inherent to folk art. Items from Girard and his wife’s prodigious international collection of folk art are on display, enabling visitors to make some straight-line connections between Girard’s points of inspiration and his output as an architectural, interior, and textile designer.

Born in New York, he spent most of his upbringing in Florence, Italy, and trained as an architect in London. However, it was during the years he spent living and working in Detroit, from 1937 to 1953, that he became acquainted with a creative cohort that would define his future. While working as a designer for a radio company called Detrola, he came to know Charles Eames, and through him met architects Eero Saarinen and Minoru Yamasaki, all with whom he would go on to collaborate. Eventually, Girard was hired as a textile designer for Herman Miller, where he worked for 24 years, and relocated to the American Southwest — but not before curating the extremely influential 1949 exhibition, For Modern Living, at the Detroit Institute of Arts, pushing Detroit to the forefront of modern design.