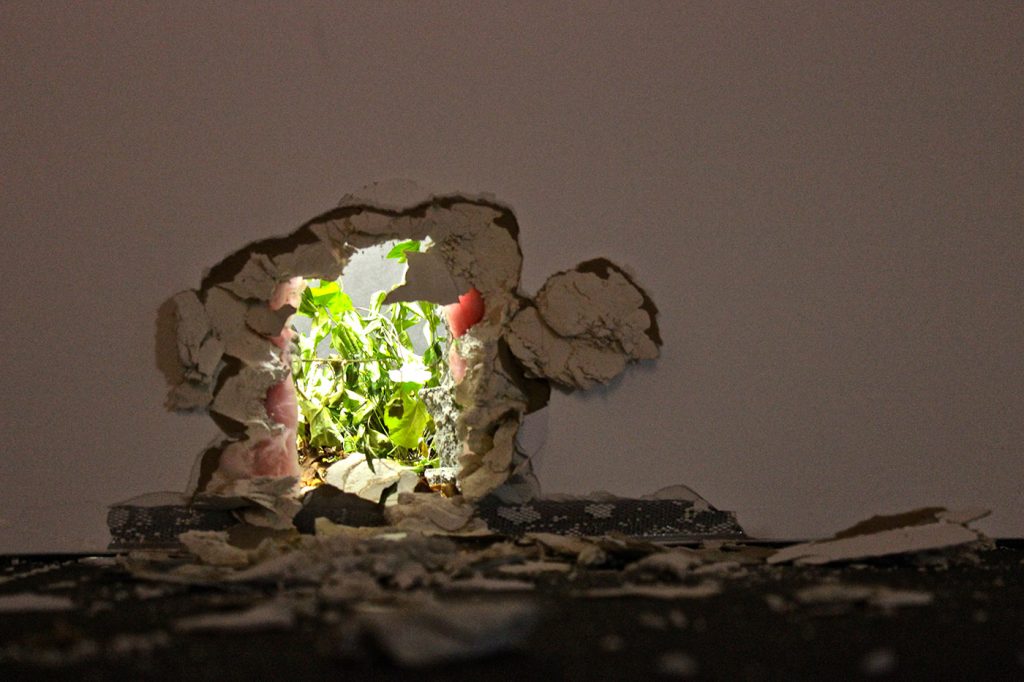 EAST LANSING, MI — Magic, much like stand-up comedy, is considered by neophytes to be a spontaneous or improvisational form, but true practitioners know it to be, like most other performance, based on a formal structure. The Transported Man, a group show at the Eli and Edythe Broad Art Museum at Michigan State University, uses the mechanisms of magic as a means to analyze art.

“[Arthur] Conan Doyle thought about Houdini that his illusions didn’t have to do with tricks, that it was about magic, about something transcendental,” said newly-appointed Broad director Marc-Olivier Wahler, in an interview with Hyperallergic about the foundational concepts behind his inaugural exhibition for the museum. “And Houdini wasn’t happy — he was very good friends with Conan Doyle — he said, ‘No, no, no, there is no magic, there are tricks.’”

Wahler comes to art by way of philosophy, and with this first exhibition at the Broad, he took on what is arguably the deepest philosophical question about art: What makes something art?

“This is the biggest challenge we have as a museum, as a curator: trying to pay tribute to what the artists are looking for,” said Wahler.