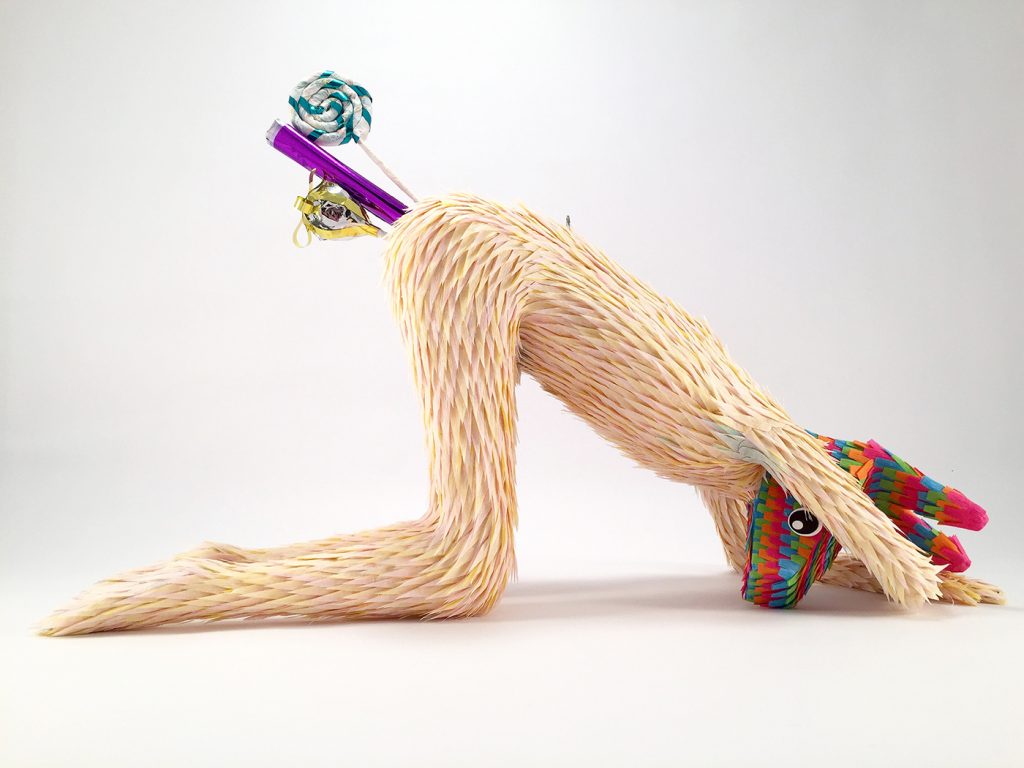 LOS ANGELES — Here, in the United States, piñatas are most commonly considered a fun, slightly violent activity at children’s birthday parties. A hollow papier-mâché form is filled with candy and small toys and then playfully bashed by partygoers with a stick or baseball bat, until it spews forth the contents to cheers and a mad scramble for treats.

But wait! Get behind me, Satan! It turns out that the playful piñata — which has a long and culturally diverse history that includes roots in China, by way of Italy (perhaps disseminated by Marco Polo) — is an object lesson in beating down sin and temptation. The traditional seven-point star piñata is a Mexican Catholic interpretation, with each point representing one of the seven deadly sins. Fun at parties!

How appropriate, then, that Los Angeles-based artist Roberto Benavidez has made wild, larger-than-life representations from the Hieronymus Bosch painting, “The Garden of Earthly Delights,” in piñata form.