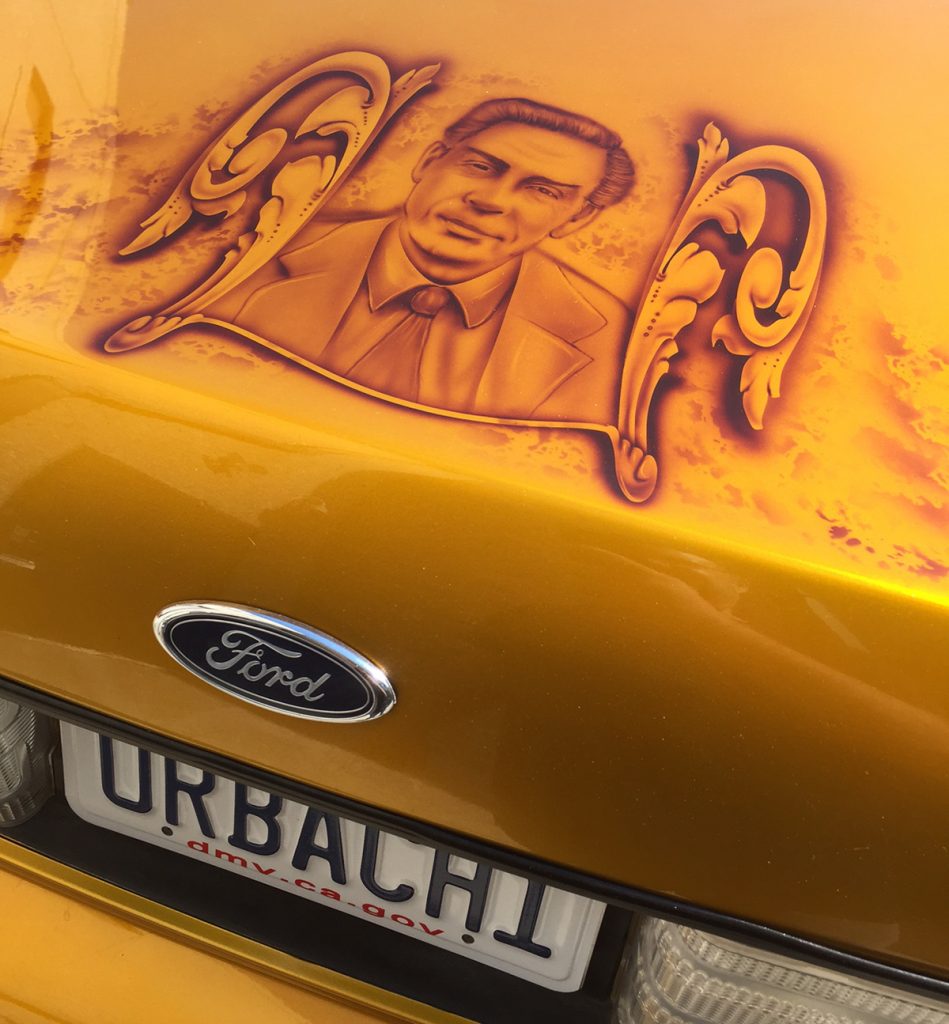 LOS ANGELES — Artist Brandon Bird has been mashing up pop cultural references for years. His odd twists of culture have most often come in the form of whimsical oil paintings, including Christopher Walken tinkering with a robot in his garage workshop (“Lazy Sunday Afternoon”) and Bea Arthur wrestling raptors (“Killing Machine”). Bird also likes to place contemporary celebrities in art historical tableaux. “I like being able to drop Mr. T into the middle of a robustly painted scene from Greek mythology and have people be like, ‘Wait, what the heck am I even looking at here?’” said Bird, in an email interview with Hyperallergic. “The things that are funniest (at least to me) are the things that you cannot expect to exist, and when you encounter them in some form it’s like your brain short-circuits.”

Among his most popular characters are the various cast members of the Law & Order franchise, including Bird’s especial favorite, actor Jerry Orbach, who played detective Lennie Briscoe on the original Law & Order for 12 seasons.

“Most of my subjects are dudes,” said Bird, “and that’s because I’m trying to use humor to either make fun of or subvert really stupid forms of masculinity, or play up what I think are more positive male archetypes. Jerry Orbach falls into the latter category. He’s everyone’s favorite uncle. He projects a certain world-weariness, but never cynicism. His character on Law & Order is someone who is confronted daily by death, but always chooses humor over despair.”