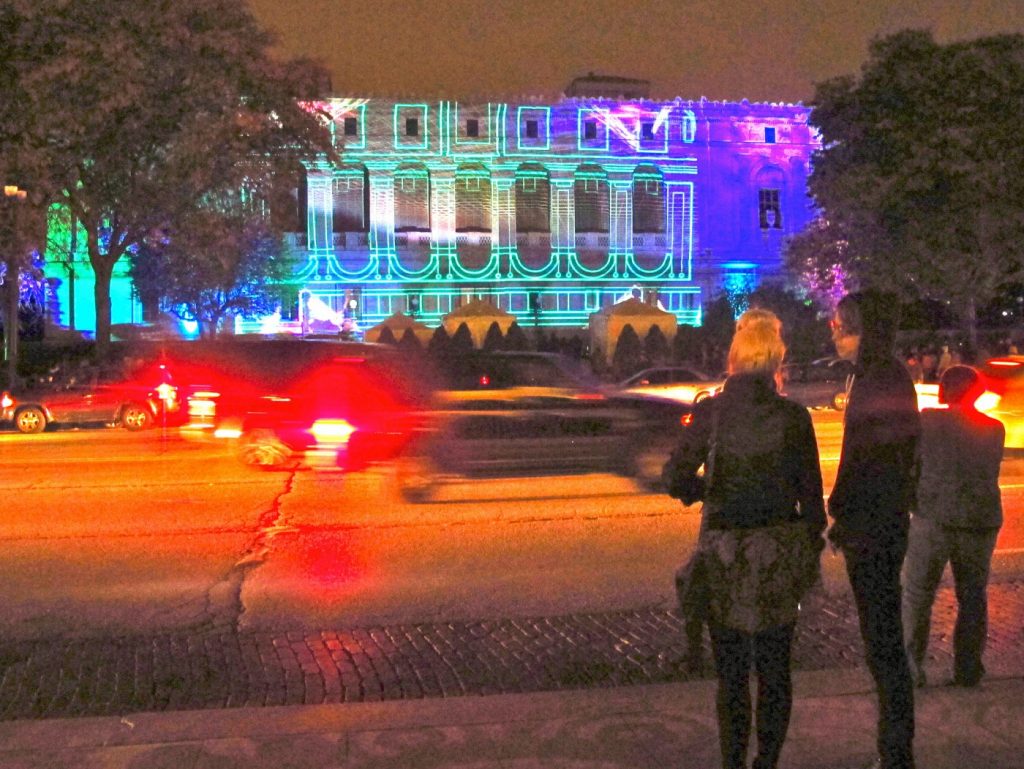 Detroiters have waited hopefully for the return of Dlectricity, the wildly popular nighttime exhibition of art and light, which, in its first iterations in 2012 and 2014, featured some of the best-loved and tech-savviest of Detroit installation and performance artists, as well as visiting artists from around the world.

After a three-year hiatus, the event is back with a vengeance, preparing to set Midtown all aglow with an action-packed program that has brought some local talent back for return engagements, and some big new names to town. Dlectricity 2017 will unfold from 7 p.m.-midnight on Friday and Saturday and promises to be an even more spectacular version of the already beloved event.

Some of the most popular features of previous fests will be returning, such as the Light Bike Parade on Saturday. Anyone who wishes to participate in the 4-mile ride can turn up with a bike already illuminated, or grab a limited light kit the day of the ride (available to those who pre-register and on a first-come, first-served basis). The parade begins to gather around 6 p.m. on the campus of Wayne State University and will wind its way throughout the district while spectators line the streets.

But Dlectricity is also trying out some new ideas this year, including the first presentation by a major corporate sponsor. Presented by Bluewater, Luminaria Magna is a massive installation of light using energy-efficient LED.

“They’re a corporate participant, but they are trying to do more creative work,” said Annmarie Borucki from Midtown Detroit Inc., who has worked directly with all of the dozens of participating artists in her role as producer of Dlectricity. “They applied through the open call, and they’re investing a lot of money to create this really interesting music and light station for the festival. They’re already supporting a lot of local artists and musicians already, and it’s an interesting dynamic, because we usually do not pursue corporate whatsoever.”

For the full rundown of tried-and-true favorites and bold new ideas, visitors should plan their weekend around the 2017 schedule or just show up in Midtown, and follow the pretty lights! But for those desiring the inside track, Borucki and some of the festival contributors have offered a few tantalizing flashes of what’s to come.