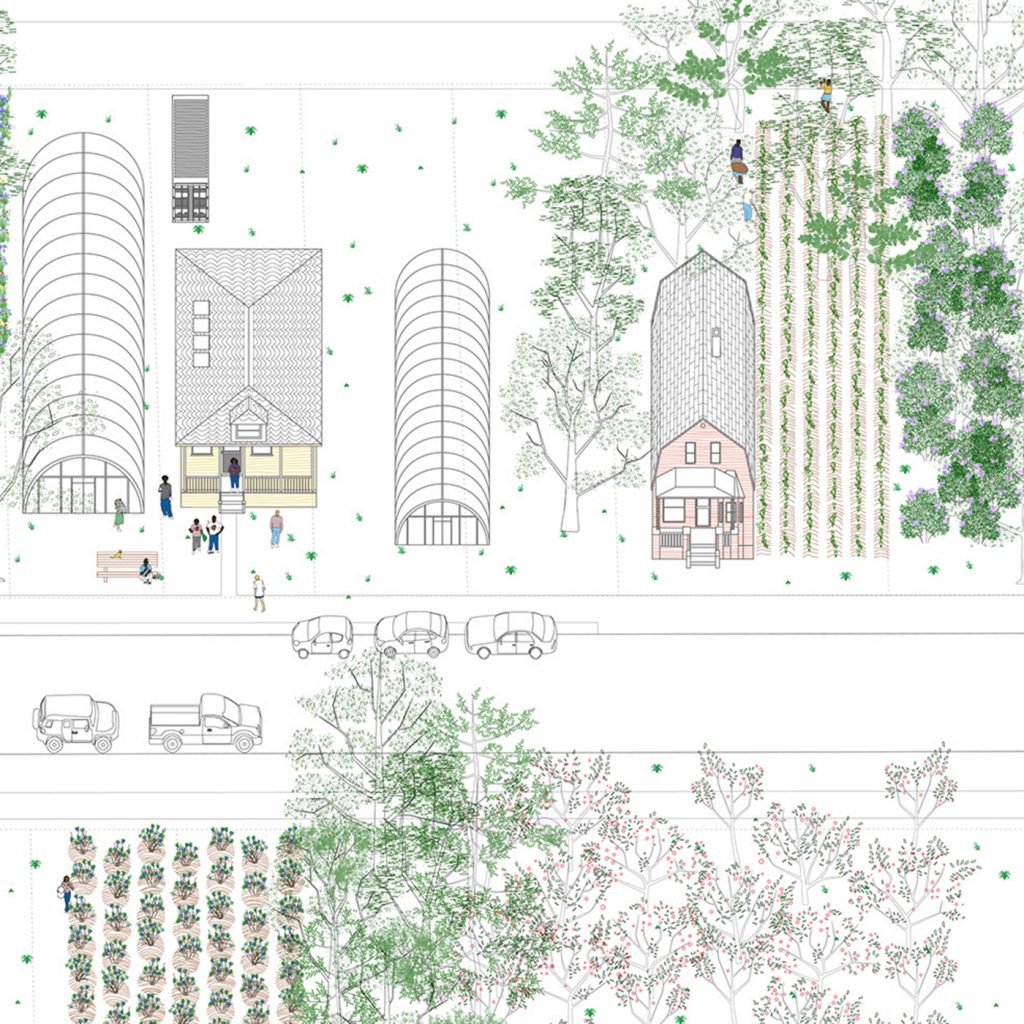 “We met people in the neighborhood, and we started listening to stories,” said Sirota, in an interview with Hyperallergic, “and understanding the narrative of the [North End] made it impossible not to try to figure out how to participate in recounting that story.”

Once the “north end” of Paradise Valley — a thriving entertainment district whose clubs hosted breakthrough performances by Motown singers — the neighborhood experienced a prolonged period of depopulation and entropy. Today, it is one of the many frontline areas being considered for redevelopment as the newly installed Q-Line streetcar meets the border of this area, which has been transformed over the last decade by grassroots community organizers, urban farmers, and artists.