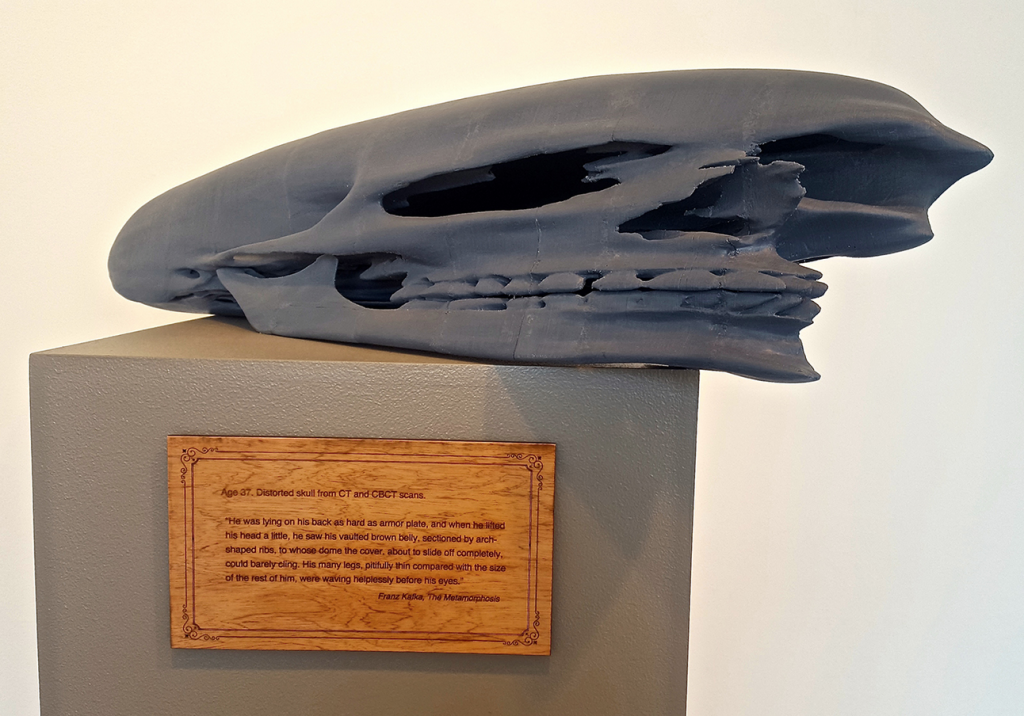 This is also the second thing you’ll encounter, because just inside the original entryway, Ferguson has exactly replicated it, including the large, colorful mural on the left-hand wall and the constellation of dirty tape marks studding the door. If a sharp-eyed visitor looks, in a fit of confusion, for some kind of explanation, she might notice a laser-cut wooden plaque bearing a quote from Sigmund Freud, mounted on the lower-right-hand wall of both entryways. It reads:

That factor which consists in a recurrence of the same situations, things and events, will perhaps not appeal to everyone as a source of uncanny feeling. From what I have observed, this phenomenon does undoubtedly, subject to certain conditions and combined with certain circumstances awaken an uncanny feeling, which recalls that sense of helplessness sometimes experienced in dreams.

The quote is from Freud’s 1919 essay, “The Uncanny,” in which the psychiatrist expands upon ideas first identified by Ernst Jentsch in his 1906 essay, “On the Psychology of the Uncanny.” This is just one of several uncanny moments arranged by Ferguson in his show, which juxtaposes his original and oddly kinetic sculptural works with snippets of canonical literature on plaques.