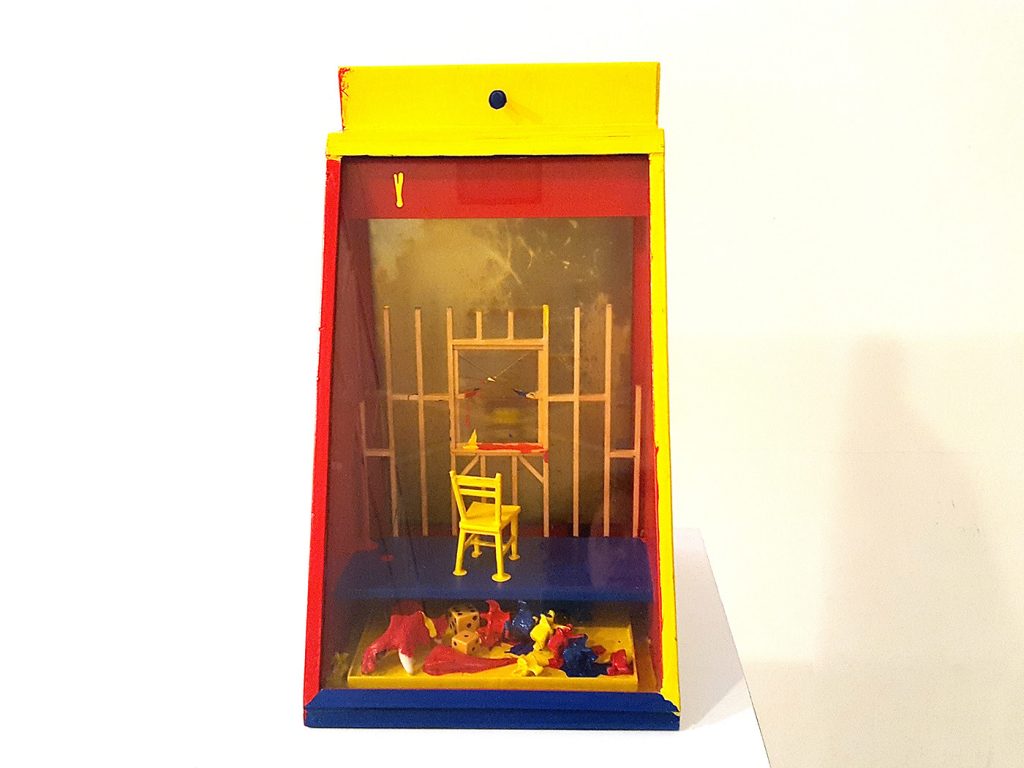 FERNDALE, Mich. — Despite living and attending art school in the heart of Detroit’s Cass Corridor neighborhood, the painter and intermedia artist Paul Schwarz is not readily associated with the Cass Corridor movement, one of the only major 20th-century fine art trends to emerge from Detroit.

This year, the gallerist Paul Kotula has organized two posthumous exhibitions of Schwarz’s work, collectively titled A Shadow is Never Still. Presented in two parts — Chapter One: 4:55 and Chapter Two: 7:00 — and across two locations, A Shadow is Never Still references an undated mixed-media drawing in which the artist captures the transformation of a mountain through the movement of the sun. The record began at 4:55am and ended at 7:00pm.

Chapter One: 4:55 was on display from June 22 to July 22 at Paul Kotula Projects and presented a selection of the artist’s noted collage and painting hybrids, sculpture, and works on paper (including many sketches never exhibited before). Kotula worked closely with Schwarz’s longtime companion and widow, the artist and poet Christine Monhollen, to include a selection of the artist’s dairies, collected imagery, and writings — all of which offer a window into the psychological and philosophical underpinnings of Schwarz’s highly intellectual and emotive work.