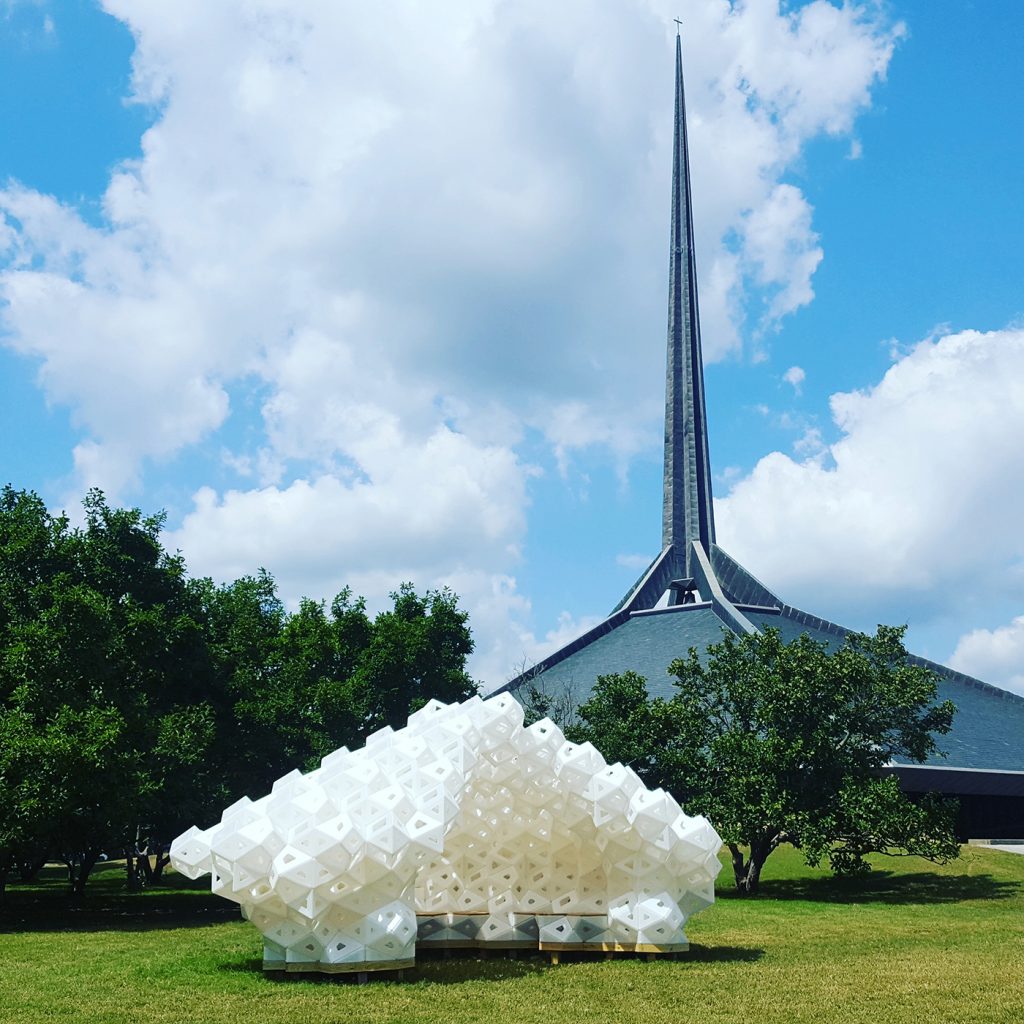 Outside of architecture and design circles, or maybe red carpet events, it is unusual to constantly ask the question: “Who designed this?” Though urban planning and architecture are understood to be major areas of study, it is rare that we consider something like a city as being created by design, or even as a collection of specific architectural intentions. The small city of Columbus, Indiana, however, has developed a large portion of its identity around the legacy of several designers, who came to town to do works at a private and civic scale, before going on to be some of the biggest names in Modernist architecture and design. A design festival in its second year, Exhibit Columbus, seeks to preserve and celebrate that legacy, while simultaneously creating space for the next generation of design talent to find a connection to this incongruously metropolitan town, perched in an otherwise standard stretch of southern Indiana.

“We created Exhibit Columbus to reinvest in the value of good design,” said Richard McCoy, Director of Landmark Columbus and driving force behind the ambitious design festival, in an interview with Hyperallergic. “Five or ten years ago, the community wrote down ten community values, and there’s this one, Value of Good Design. It says: We believe that our physical environment affects our aspirations, that a well-built environment inspires people to be excellent. And so this is the value that we wanted to in invest in, with Exhibit Columbus. To say, let’s show off the 75-year history of investing in the value good design, and let’s reinvest in it now, knowing that it will pay off, the next ten, twenty years.”

Columbus’s history of design includes multiple constructions by venerated architect Eero Saarinen, who was responsible for the trendsetting residence of Columbus’ most influential couple, J. Irwin and Xenia Miller, as well as the nearby Irwin Union Bank, and eventually North Christian Church, the first church in the country with a Modernist design. (It was also Saarinen’s final work, due to his untimely passing at the age of 51.) The interior of the Miller House was designed and outfitted stem-to-stern by Alexander Girard, an architect, curator, and interior designer who is enjoying more popular recognition lately, thanks to his foundational work and collaborative influence on other big names in midcentury Modern interiors, like Herman Miller and Charles and Ray Eames. Recently, in a review of the Girard retrospective and symposium at Cranbrook Art Museum (which I fortuitously attended mere weeks before Exhibit Columbus), I grappled with a sense of colonialism in Girard’s work, and a sense of Modernist design as preclusive to the real action of life, in general. My sense is that the clean modular nature of some of Girard’s favorite interior design infrastructure, such as the shadowbox and the shelving-wall, act as a kind of pasteurization field, capturing the folk art that was growing wild in then-largely untraveled corners of the world into tidy, controlled boxes — a kind of hermetic art-zoo. Having seen his astonishing interior in context, preserved as a national historic landmark in the Miller House, I must revise my thinking to attest to the warmth and comfort of Girard’s custom efforts on behalf of the Millers; no detail is left unattended. The house is full of once state-of-the-art systems and clever details that accommodate the lives lived there, but it also provides no shortage of bucolic vistas and places to lounge fashionably in conversation attendant to upper class leisure (including, of course, Girard’s signature “conversation pit” in the living room).