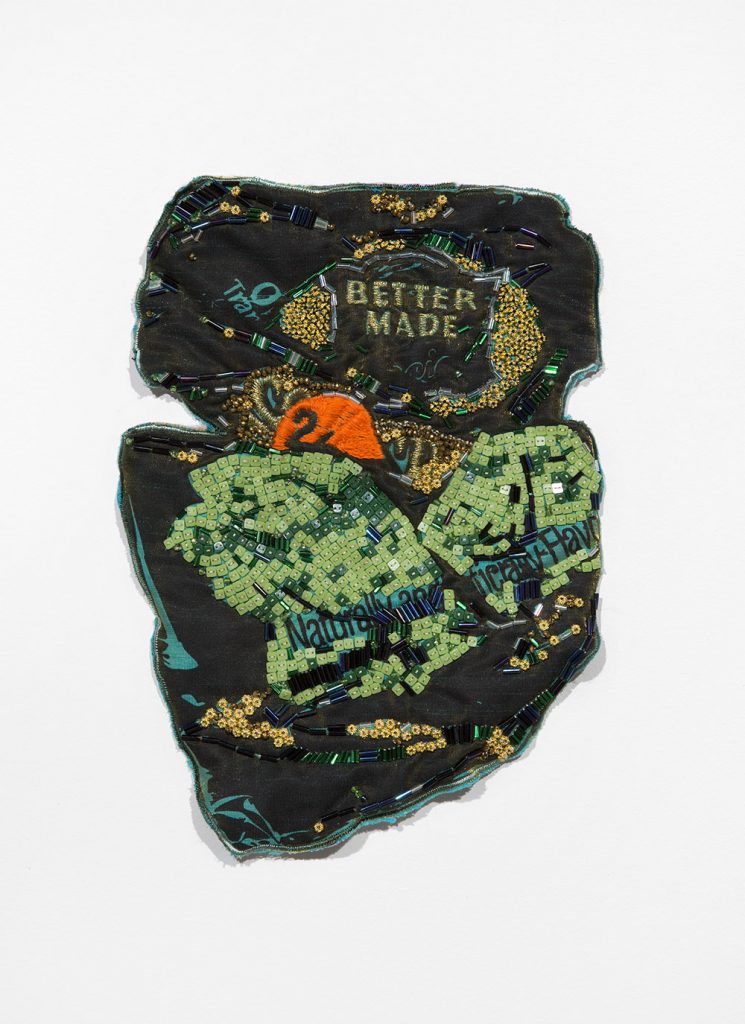 The Detroit incinerator is one of the longest-running environmental health issues for folks here in the city.

Anyone who lives downwind, or even drives by, is familiar with the smell when something particularly foul is being burned. And if you can smell it, that means you’re inhaling it, which has led to a preponderance of health complications for young residents of the downwind Eastside neighborhoods. Since January 2015, the incinerator has been cited 21 times for odor violations reported in surrounding neighborhoods and 19 times for emissions of carbon monoxide, sulfur dioxide and particulate matter that registered above acceptable levels. Anecdotally, it is responsible for higher-than-average asthma, allergies, and other health complications in Detroit children from the most affected neighborhoods. For art with a conscience, come check out THE INCINERATOR SHOW at Ocelot Print Shop, featuring work that tackles this issue. I have three screen-print-based fiber pieces inspired by Detroit’s own Better Made potato chip bags, countless numbers of which are no doubt burned up in the incinerator every day! During the Opening Reception, we will also be hosting a Mix & Match Print Workshop. Screen print your own wearables. Bring something to print on or print on something we provide. Mix and match design elements set up on presses ready to go. Donation-based printing experience — donations will go toward scholarships for screen printing classes.