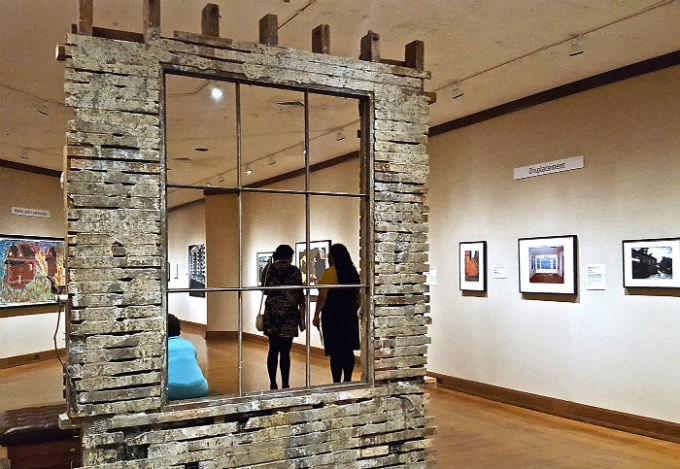 For co-curators Taylor Aldridge and Lucy Mensah, the opportunity to collaborate on Making Home, their debut Detroit Institute of Arts exhibition was not just an opportunity to familiarize themselves with the museum’s vast collection, but to get to know each other.

“We discovered that we had mutual admiration for two literary works,” said Aldridge, in an email interview with CultureSource. “Homegoing by Yaa Gyasi, and The Warmth of Other Suns by Isabel Wilkerson. Both works explore the act and persistence of making a home out of an oppressed situation. We used these texts loosely as motivation and points of departure as we organized the exhibition.”

“During the beginning of our research, it was virtually impossible not to think about home in the context of what has been happening in Detroit and outside of Detroit,” said Mensah. “I think we felt that home has been, and continues to be, a very pressing issue, particularly for communities who do not have the privilege of taking homes for granted. Because we wanted to create an exhibition that would resonate with our viewers—who come from different backgrounds—home seemed to be an appropriate and timely subject.”