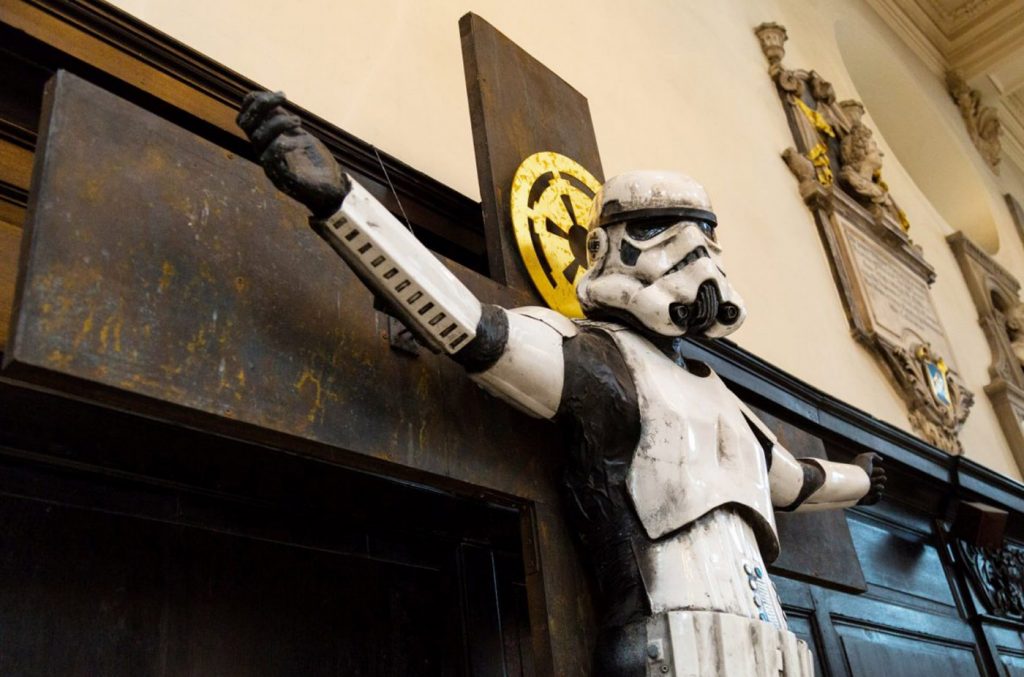 In terms of cultivating a fanbase of rabidly devoted followers, it’s hard to say whether Christianity or Star Wars™ has the edge these days. But Christianity won a point for censorship this week, when outraged churchgoers compelled the removal of a £12,000 (~$16,700) sculpture by British artist Ryan Callanan from a charity auction inside the historic St. Stephen Walbrook church in central London, because it depicted a life-sized Stormtrooper being crucified.

As reported by the London Economic, parishioners complained to the rector, Reverend Jonathan Evans, about the subject matter of the sculpture, which intended to be the centerpiece of a “Stations of the Cross” charity art auction organized by curator Ben Moore for Art Below, which also includes work by other controversial artists, such as Francis Bacon. This is the third annual crucifixion-themed charity auction organized by Moore for the Missing Tom Fund, set up to find his brother, Tom Moore, who has been missing since 2003. Moore clarified that the statue would go on sale following the exhibition’s close on March 23. The historic church, built according to designs by Christopher Wren after the Great London Fire of 1666, is home to a polished stone altar by Henry Moore.