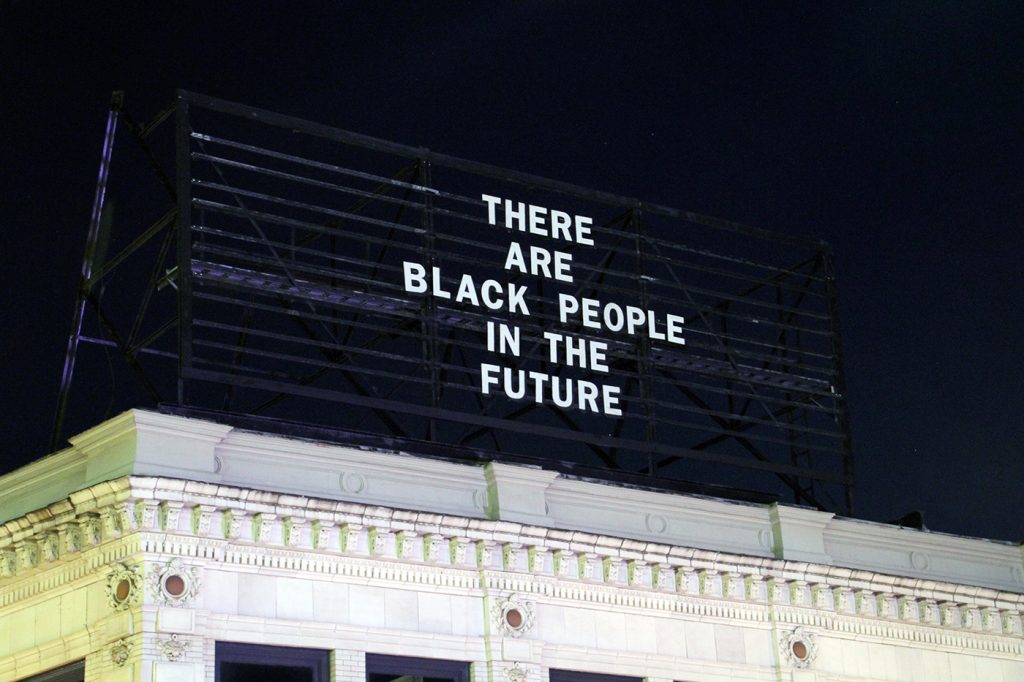 A billboard has sparked public controversy in Pittsburgh. Designed by local artist Alisha B. Wormsley, it was erected on March 3 above a building in the East Liberty neighborhood — a part of Pittsburgh that has seen rapid change in the form of redevelopment and gentrification in recent years. The white letters read: “THERE ARE BLACK PEOPLE IN THE FUTURE.”

Wormsley’s text had been featured for the past month as the most recent edition of The Last Billboard project, an ongoing work of public art founded and curated by interdisciplinary artist Jon Rubin.

“Last week, The Last Billboard’s landlord, We Do Property, forced Alisha’s text to be taken down over objections to the content (through a never-before evoked clause in the lease that gives the landlord the right to approve text),” wrote Rubin on April 3 in a public statement on The Last Billboard’s website.

Image courtesy of The Last Billboard