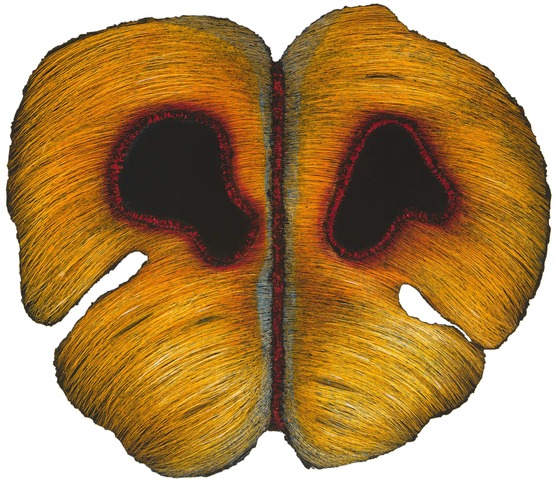 This Saturday, I’ll be in conversation with artist Heloisa Pomfret about her practice and solo exhibition at the N’Namdi, which opened April 13 and runs through June 9. The talk will take place at 2:00 pm, this Saturday, April 28, at the gallery. Hope to see you there!

Heloisa Pomfret is an interdisciplinary visual artist born in Sao Paulo, Brazil. She earned a M.A. and a M.F.A in Painting/Drawing from Wayne State University in Detroit, Michigan in 2004.

After her studies she moved to New York City and began exhibiting at the G.R. N’Namdi Gallery in New York, Chicago, Detroit and Miami, as well as the Frederick Holmes Gallery in Seattle.

She has exhibited her inter-disciplinary work at various museums, as well as national and international exhibitions, including in Sao Paulo Brazil. She has attended residencies in France, Italy and the United States, including the American Academy of Rome, where she has exhibited and given artist talks.

Her body of work includes painting, drawing, collages, ceramics and cut-out installations made of inner tubes from truck tires. Her painting work involves the palimpsest process, where layers of paint are scratched to reveal further paint beneath. The canvas is cut and re-stitched, creating an abstract work on the margins of painting/drawing and sculpture. The use of stitches/sutures suggests mending and healing, and the installation of cut-outs with ceramics suggest parts of the human brain that regulate emotion.

The artist divides her time between Detroit and New York City.