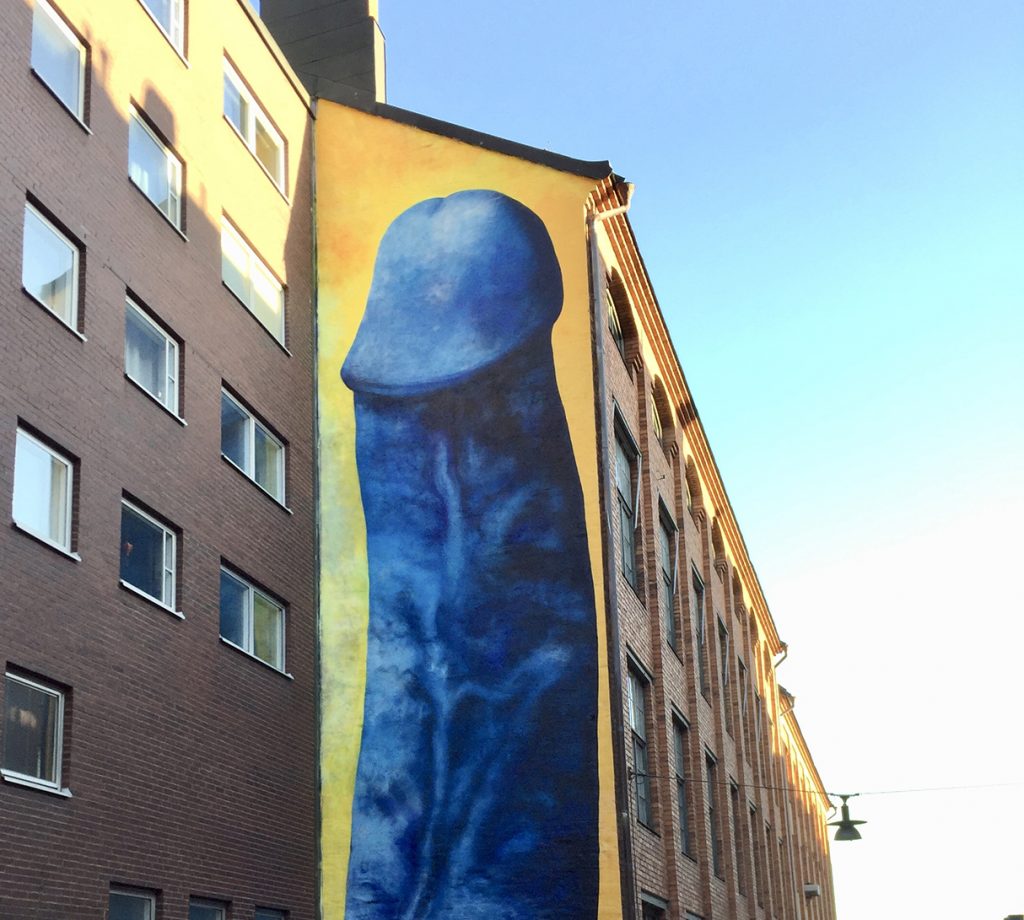 Gothenburg-born artist Carolina Falkholt raised eyebrows and garnered media attention last Christmas, when she installed a mural of a massive phallus on the building at 303 Broome Street on New York’s Lower East Side. Now the artist, who has spent much of her life and career as an artist, graffiti writer, and musician shuttling between Sweden and New York, has replicated the controversy and subsequent censorship of her erections-on-erections, painting a five-story penis mural in the colors of the Swedish flag on the side of a building in Kungsholmen island, Stockholm, earlier this month. The piece, which lasted roughly a week before being painted over, was titled “Fuck the World.”

Falkholt took some time out from preparations for the spring open studios at the International Studio & Curatorial Program, where she is currently a resident artist, for a phone interview with Hyperallergic. During our conversation, she parlayed her thinking on the inspiration and subject matter of her controversial murals in colorful and delightfully graphic terms, revealing a thoughtful spirit who sees these images as addressing aspects of sexual abuse and patriarchy that demand recognition for society to move forward.