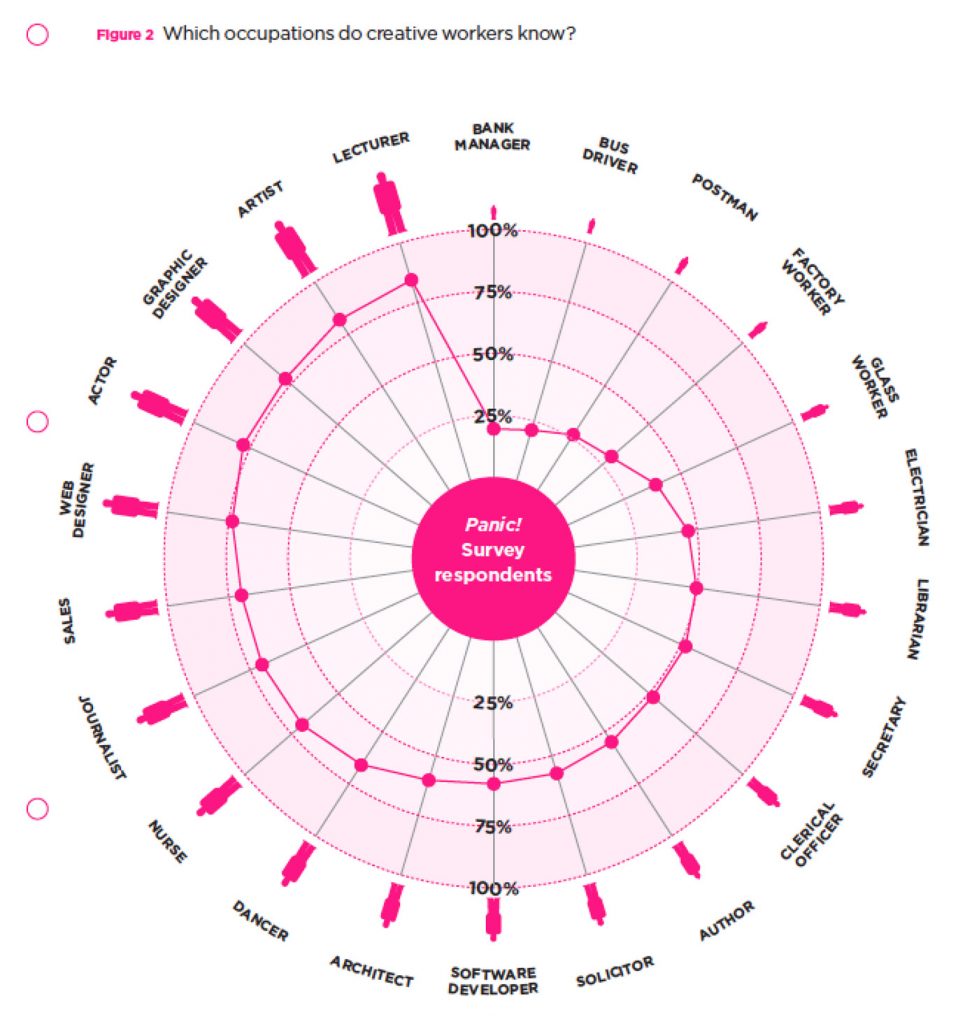 A new study completed in the UK and funded by the Arts and Humanities Research Council reveals — and you might want to sit down for this — that there remains massive underrepresentation of black and minority ethnic workers in the arts, especially if they also have working-class roots. The study, released last week, is part of the Panic! It’s an Arts Emergency project led by Create London and sociologists from the Universities of Edinburgh and Sheffield.

Lead authors Dr. Orian Brook, Dr. David O’Brien, and Dr. Mark Taylor drew upon several academic papers for their study, as well as data from the 2015 “Panic! What happened to social mobility in the arts?” survey, which yielded 2,487 unique responses from cultural workers. The 2018 report, titled “Social Class, Taste and Inequalities in the Creative Industries,” presents the analysis of the 2015 data regarding cultural and creative workers’ values and attitudes, with the pool of respondents coming from public and private arts institutions across the UK.

The authors used this data to examine inequities in the creative and arts sector, analyzing employees’ beliefs in meritocracy, the exclusion of people from working-class origins, unpaid labor, and an “unrepresentative” creative class with respect to cultural attitudes, values, and tastes. These are issues that most people who work in the sector might recognize intuitively, but the study’s authors feel there is a definite benefit in compiling hard data on the conditions that form unequal representation for black and minority ethnic communities in the arts, as well as those from lower social classes.