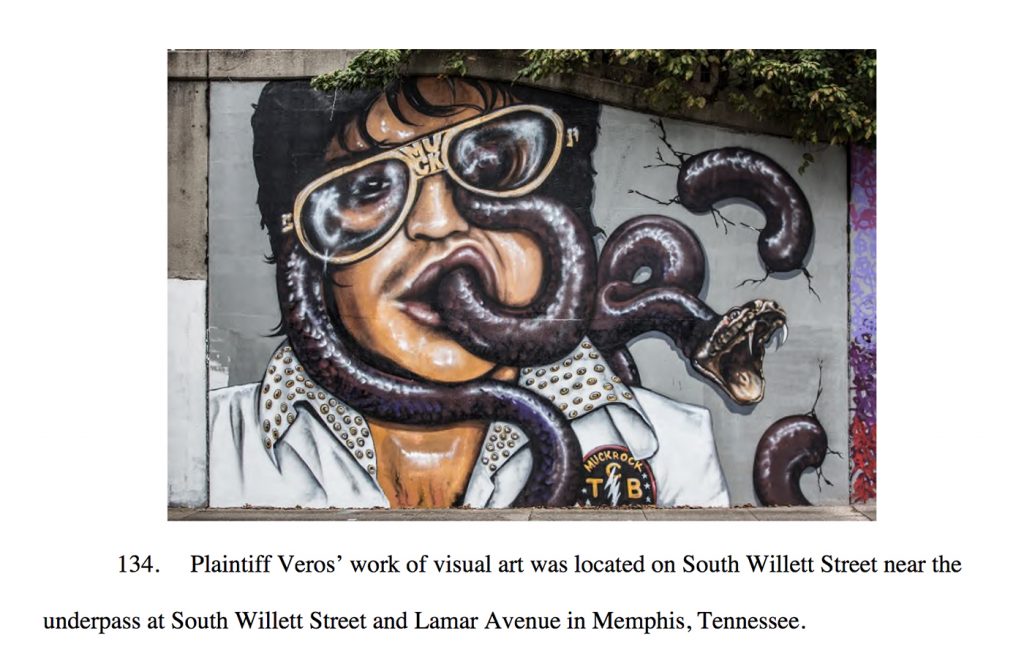 It seems the only thing more popular these days than leveraging the creative energy of mural artists to bring excitement, tourist trade, and visual interest to cityscapes is for cities to buff over the work of these artists with little provocation or explanation. On April 25, 12 artists being collectively represented by Eric M. Baum of New York City firm Eisenberg and Baum, filed a federal suit against the city of Memphis for painting over five artworks painted by the plaintiffs in January of 2018, as well as over the City’s threats, approved by the City Council, to paint over and destroy another three artworks. Plaintiffs are also represented by Memphis attorney Lucian T. Pera of Adams and Reese LLP.