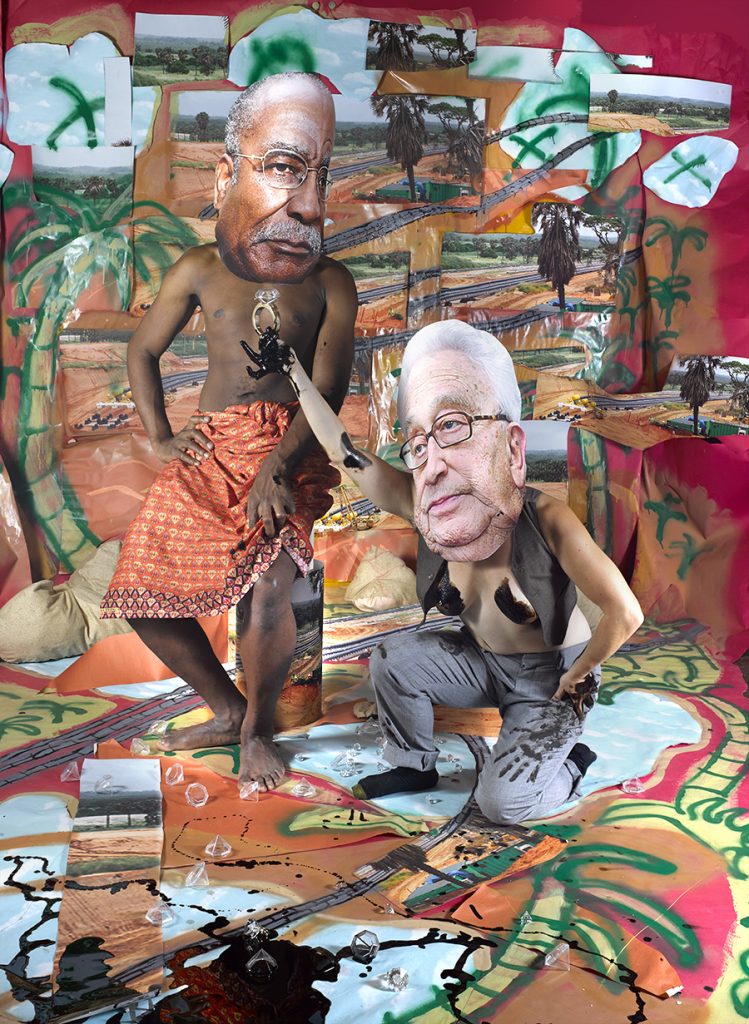 For the last 18 months, the Iranian-American artist Sheida Soleimani has been engaged with a new body of work, Medium of Exchange, which explores the political relationships and affiliations between Western countries and the 14 nations within the Organization of the Petroleum Exporting Countries (OPEC). Her interdisciplinary work has been gathered in a solo exhibition which opened at the Atlanta Contemporary Art Center last month, and includes 14 large-scale sculptural collage portraits lampooning the leaders of OPEC, as well as a 34-minute video of a five-act screenplay that can be viewed in a tent, decorated with imagery of the agricultural GDP reports of the OPEC countries.

The timing is uncanny, in light of President Trump’s recent decision to withdraw the United States from the Iran nuclear deal, and re-impose sanctions on Iran that were eased under the Obama administration. Prior to that, the United States had imposed restrictions on activities with Iran under various legal authorities since 1979, following the seizure of the US Embassy in Tehran. But according to Soleimani, who spoke over the phone with Hyperallergic while in transit to Providence, where she lives and teaches at Rhode Island School of Design, this is only the latest turn of the screw in a relationship between powerful political players that ultimately rains consequences on the weakest — and therefore most easily disregarded — members of Iranian society.