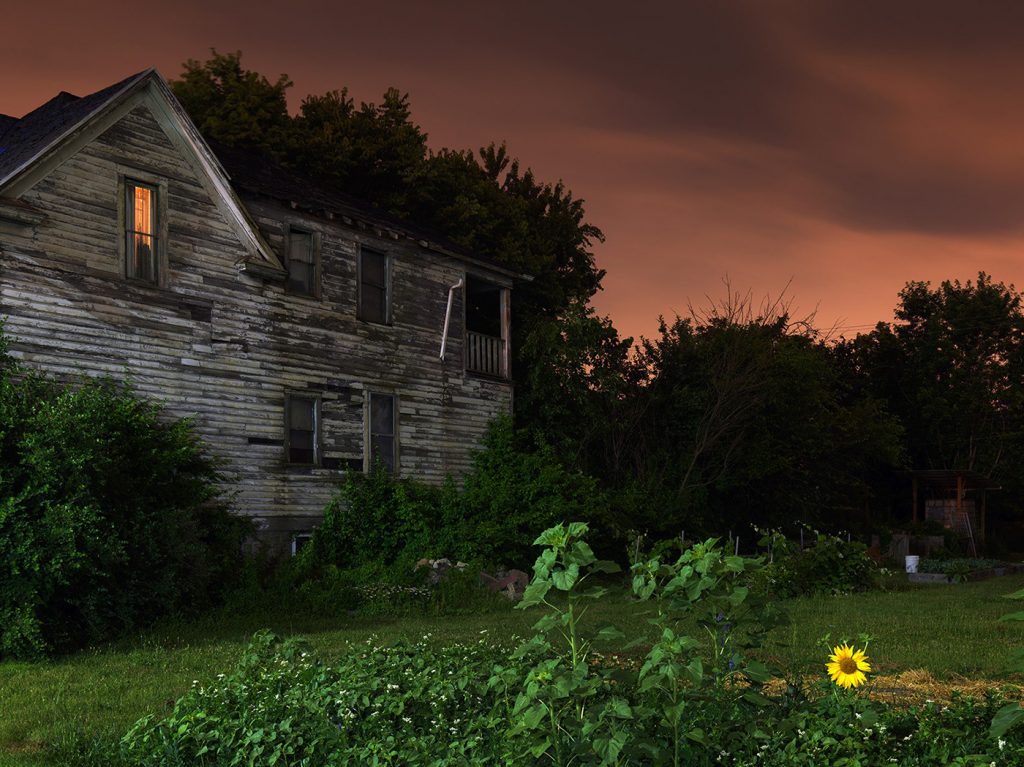 DETROIT — If you’ve never lived in the Midwest, you might be unfamiliar with the specific, eerie, and unmistakable quality of light that indicates the potential onset of a tornado. The sky becomes ashy and matte and seems to recede into the distance, and the light takes on a strange, diffuse quality, even as it becomes hyper-bright — as though the atmosphere is a scrim being lit from behind. Under these conditions, all objects stand out in stark definition, each seeming to radiate with its own aura and importance. These are the ambient conditions that photographer Dave Jordano has somehow managed to invoke in each of more than 100 stark and empty cityscapes that are featured in his new book, A Detroit Nocturne, released in April by powerHouse Books. Jordano is a native of Detroit, but has been based in Chicago for a longtime, and this ongoing series begun in 2016 (currently divided into eight separate nocturnes) demonstrates the photographer’s interest, over the last decade, to reappraise his hometown.

Jordano prefaces his images by quoting a passage from John Updike’s Trust Me: “But cities aren’t like people; they live on and on, even though their reason for being where they are has gone downriver and out to sea.” This quote is suggestive of a particular attitude held by some native Detroiters — perhaps especially particular to those who made their way out of the city during its nadir — that their city is gone and never coming back, that it is a city without direction or purpose. This is clearly not Jordano’s only take on Detroit — his previous six-year series, Detroit — Unbroken Down, presents sunlit and vital views of the city and its residents — but in a nocturnal mode, Jordano seems to dwell in the desolation, almost exclusively presenting selections in the book from his hundreds of nocturnal photos that are utterly devoid of people. Sometimes there is a lit window in the background, and in “Nightclub, West Chicago Street, Westside” (2017) a streak of red betrays the passing of taillights, but for the most part, there is no evidence that anyone remains in Detroit at all.