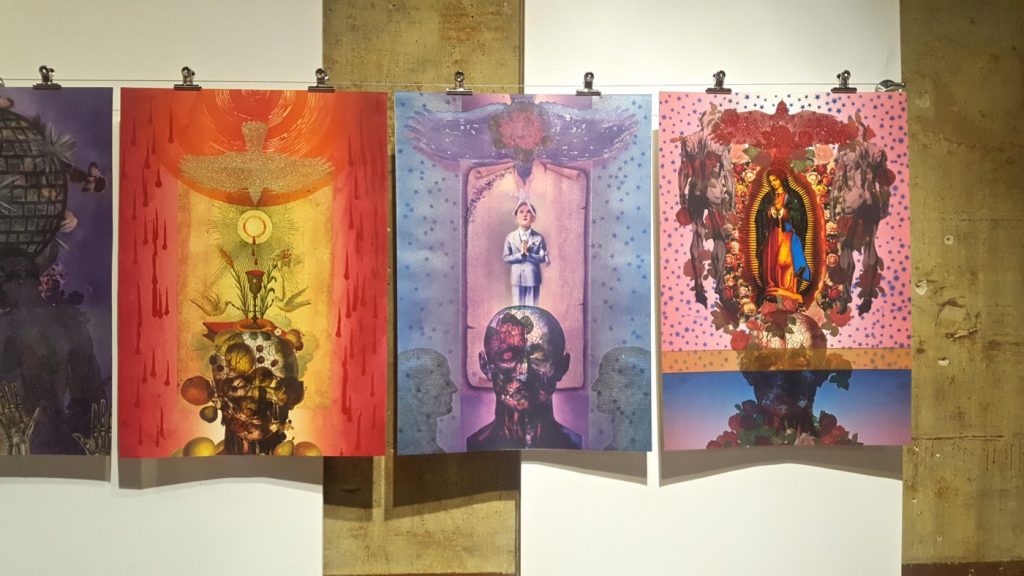 YPSILANTI, Mich. — Elegies often come in the form of poetry, and are a time-honored form of lamentation, used as a method of mourning the dead. It makes intuitive sense, then, that print artist John Gutoskey seized upon this idea to create “visual elegies,” in the form of 49 unique monoprints, as a way of processing the Pulse nightclub shooting, an attack by a murderous gunman on a gay club in Orlando, Florida, that claimed the lives of 49 victims and wounded 53 others.

“I began working on this a few weeks after [the shooting], because I couldn’t form words, really, to express what I was feeling,” said Gutoskey at a group meditation gathering to commemorate the two-year anniversary on June 12 of the shooting, at 22 North in Ypsilanti, where the full collection of prints, PULSE Nightclub: 49 Elegies, is on display for the month of June.

“As I often do, I retreated to my studio, and decided I would make a monoprint to honor each of the victims — who I did not know personally. I decided that would be the best way to work through what I was feeling. It really allowed me to look at that event through a bunch of different lenses.”

Artistic Elegies for the Victims of the Pulse Nightclub Shooting