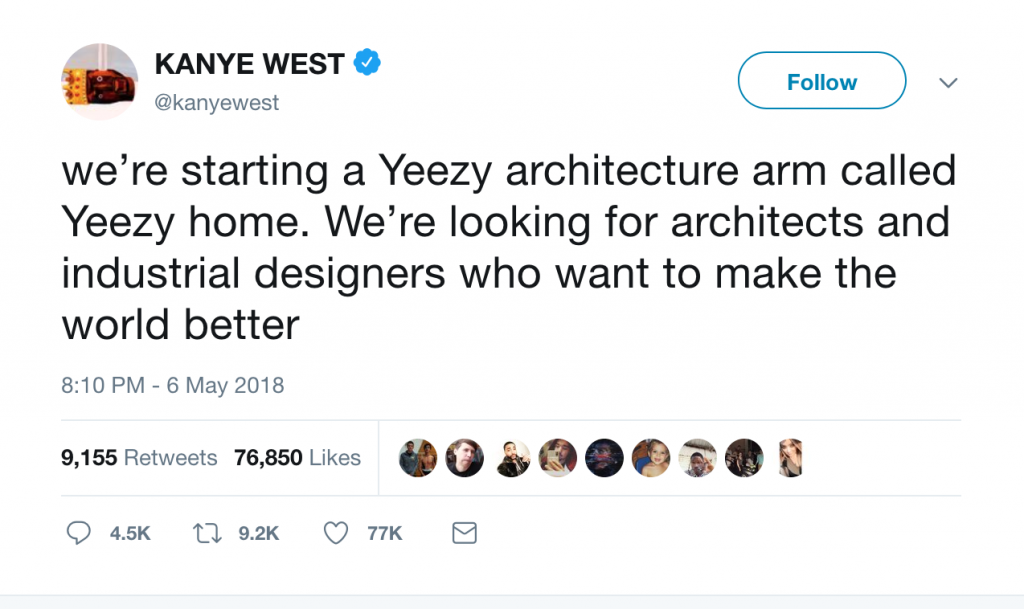 Does anybody else feel as though Kanye West has been taking daily strides toward being more like Donald Trump? The rapper, producer, designer, and issuer of crazy and disturbing contributions to social discourse recently announced his intention to get into architecture (via Twitter, the preferred platform for people who hate facts).

This new venture is a collaborative effort involving Petra Kustrin, Jalil Peraza, and Nejc Skufca, in addition to West, and being pursued under the auspices of YEEZY Home, whose prevailing aesthetic seems to be “futuristic prison colony.” Who wouldn’t feel relaxed as they unwind in a Minimalist concrete box? Judging by a few of the group’s initial designs for pre-fab, concrete, low-income housing released by Peraza on Instagram, being incarcerated is going to be the next bit of cultural capital that rich white people adopt in aestheticized piecemeal from the experiences of poor people of color living the reality.