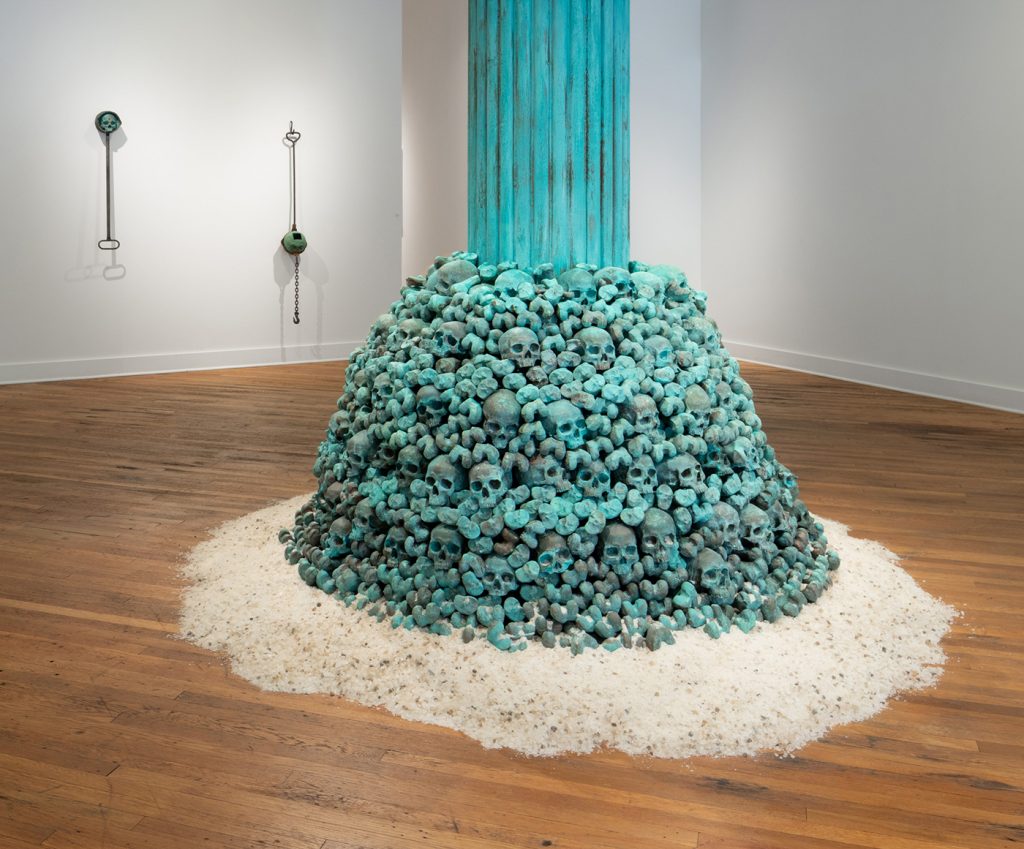 DETROIT — Artist Scott Hocking is known for his site-specific installations, often executed in locations outside the normal run of mainstream existence. For a time, the city of Detroit was more or less his playground, and Hocking would spend weeks or months creating labor-intensive constructions inside abandoned buildings or amid their ruins. These works represent just one category of subjects for Hocking as a photographer; others include scrappers, bad graffiti, abandoned boats, nocturnal tableaux, and oddities that punctuate Detroit’s varied landscape, even as waves of development drive the city to increasingly become a part of the normal run of mainstream existence.

As select parts of Detroit have changed, Hocking has moved further afield, invited to create installations in places like Port Austin, Michigan, Lille, France, and New South Wales, Australia, to name a few. On display at David Klein Gallery in downtown Detroit are two shows by Hocking, collectively titled OLD. In the smaller gallery are the photographs of works from the last eight years — a celestial ship (nicknamed the “Barn Boat”) (2015), a Tower of Babel (2015), and two smaller works riffing on the “Triumph of Death” motif in art history (2010), including direct references to works by Pieter Bruegel and Sidney Nolan. In the anteroom and main display space of the gallery, Hocking has assembled a new installation work, clearly motivated by time spent in the Paris catacombs on the same trip to France that facilitated the Babel installation, and his longstanding interest and research into the Copper Complex civilization, which occupied ancient lands that are today known as Michigan.

From a Tower of Babel to a Concrete Ziggurat, an Artist Erects Monuments to Human Endeavors