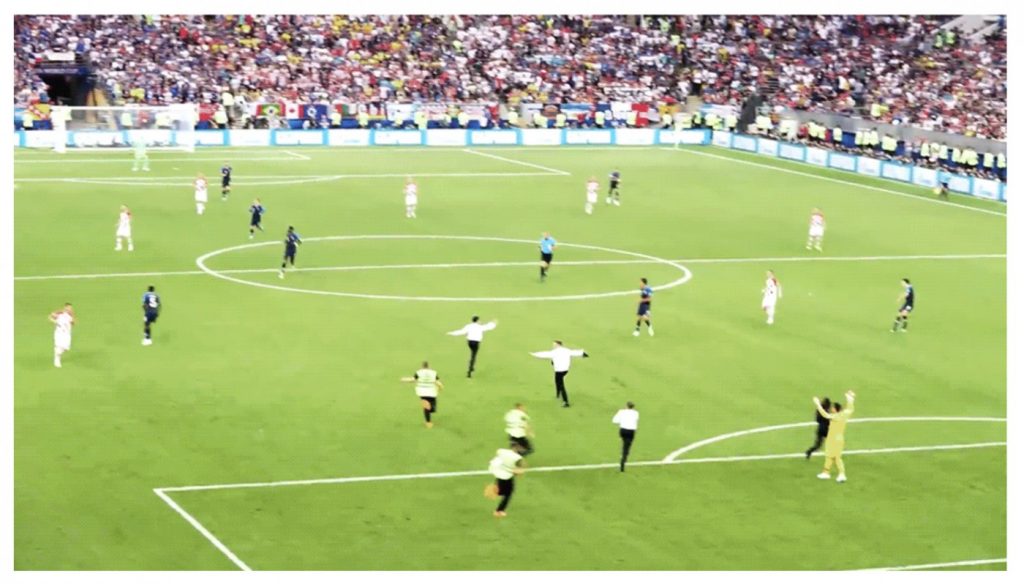 It’s all eyes on Russia today, as the Trump-Putin Mutual Adoration Society held a press conference casting aspersions on the FBI investigation into Russia’s interference with the 2016 election in the United States (haha, that’s very normal, right?). Even those wishing to avoid politics in favor of some sports-ball were in for an unexpected intervention, as four members of the Russian protest-punk band, Pussy Riot, charged the World Cup pitch, interrupting the final match between France and Croatia for 25 seconds.

As reported by BBC News, three women and one man, all affiliated with Pussy Riot and dressed in police-style uniforms (which may explain how they even managed to temporarily penetrate such a high-security event), broke onto the field during the second half of the internationally televised football match. The four were summarily arrested, but not before one of the female protesters had time to high-five French soccer star Kylian Mbappé and the male protester was angrily seized upon by Croatian defender Dejan Lovren. It was clearly France’s zeal in the spirit of revolution that contributed to their eventual 4-2 win over Croatia.