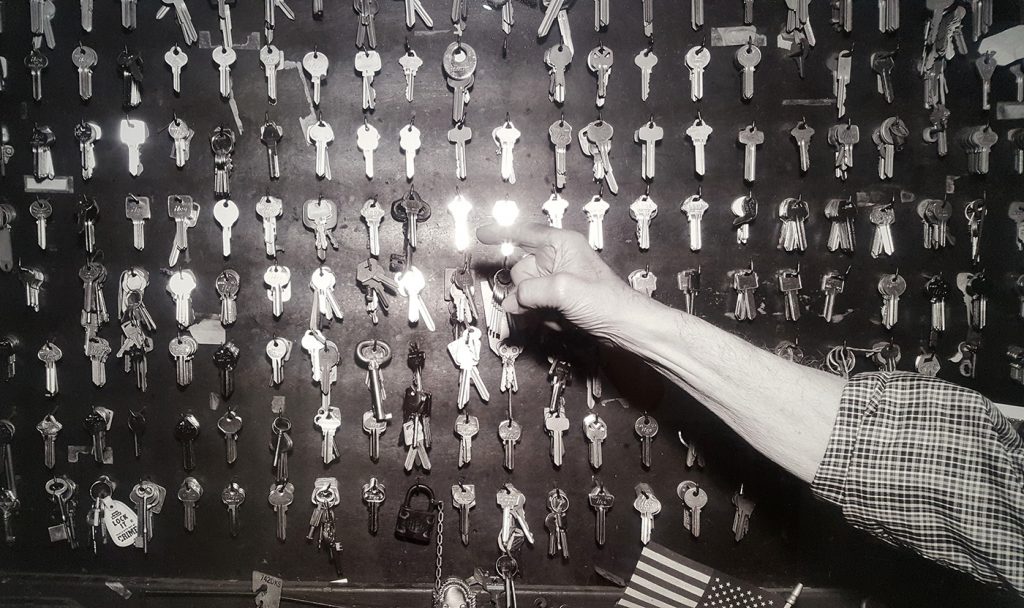 COLUMBUS, Ohio — A survey of works by photographer Alec Soth features 77 examples of his complex and candid portraiture, forming a powerful complement to the Pizzuti Collection’s primary summer exhibition — a collective meditation on the human form as subject, Go Figure. It is instantly clear that the Minneapolis-based Soth follows a longstanding photographic tradition that seeks to paint a portrait of America by way of its individual characters. Since Walker Evans and Dorothea Lange, the traveling documentarian-portraitist has been a working modality for photographers, occasionally innovated by those with a particular eye for the quirky, like Diane Arbus, or a penchant for technical refinement, like Richard Avedon.

Soth’s work fits comfortably within this lineage, as much of it developed via spontaneous interactions on road trips through lesser-run territories in Middle America. He certainly demonstrates an Avedon-esque virtuosity with black-and-white values; selections from Soth’s Songbook series, shot with a Hasselblad camera with a digital back, are so hyper-detailed that they almost pull details out of life that aren’t normally there. Soth has a powerful ability to capture the critical moment of extremely kinetic subjects — a cheerleader in Corsicana, Texas frozen midair at the apex of a toe-touch, her ponytail rising straight above her head; in Kaaterskill Falls, New York, what appears at first glance to be a scenic view of a waterfall contains a male figure in a dead fall so perilous, it could only be achieved by someone with lifelong familiarity in making the dive; even an ostensibly simple tableau of a hand reaching toward a wall of keys at a shop in Savannah, Georgia captures the reflection of light off the keys, behind the extended finger, so as to give a Sistine Chapel sense of gravitas to the gesture.

Intimate, Odd, and Eerie America as Captured by Alec Soth