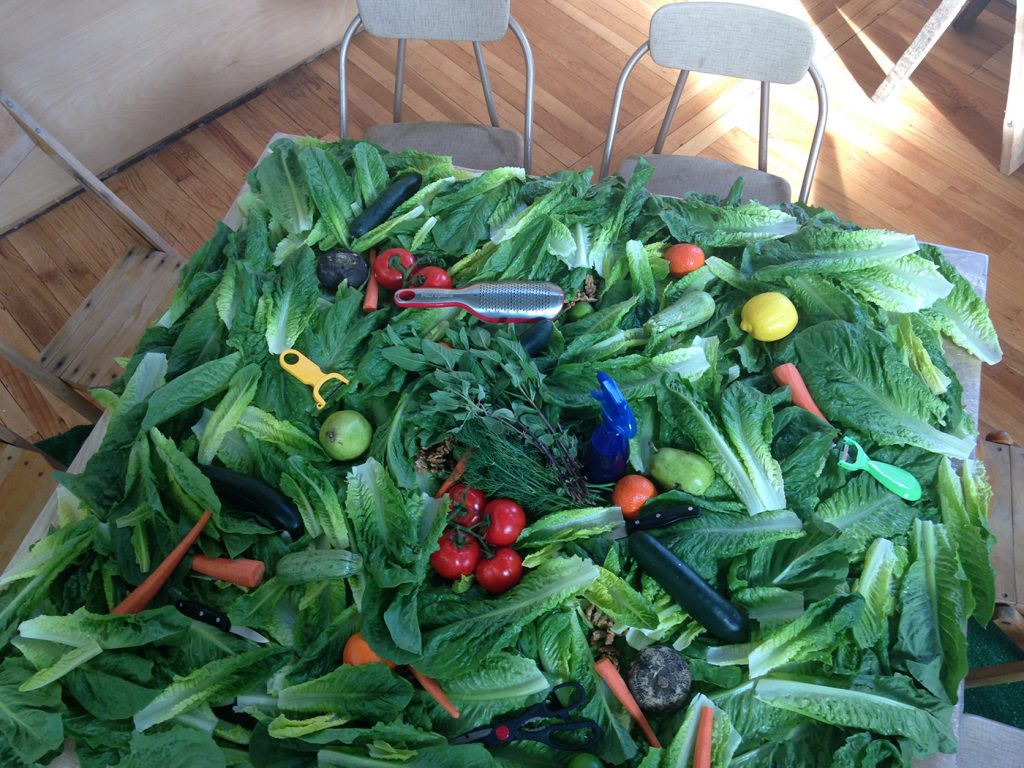 DETROIT — In today’s climate of alienation and separatist behavior, artists surely cannot be the only ones doing some hard thinking about ways to examine notions of difference, the concept of “enemy” states, and tactics for overcoming such perceived divisions in the interest of unity. But it is possible that artists are among the experts in this type of social experimentation, practiced as they are in finding ways to forge interpersonal connections through gesture, metaphor, and performance — or sometimes just by inviting people to dinner.

“Food is so interesting, because it evokes memory, and it’s a multi-sensory experience,” said Liza Beilby, in an interview with Hyperallergic during preparations for one in a series of µTopian Dinners, staged by Detroit-based experimental theater ensemble The Hinterlands. Bielby, along with co-director Richard Newman, leads a rotating ensemble in the creation of original performance works through a process of rigorous physical training and interdisciplinary, often international, collaboration. Since 2017, the group has been staging permutations of the µTopian Dinners as a subset of a larger work, The Enemy of My Enemy, a hybrid, digital-live performance project that simultaneously links performers and audiences in the US and so-called “enemy” nations of China, Russia, and Iran.

µTopian Dinners and Dining With the Enemy