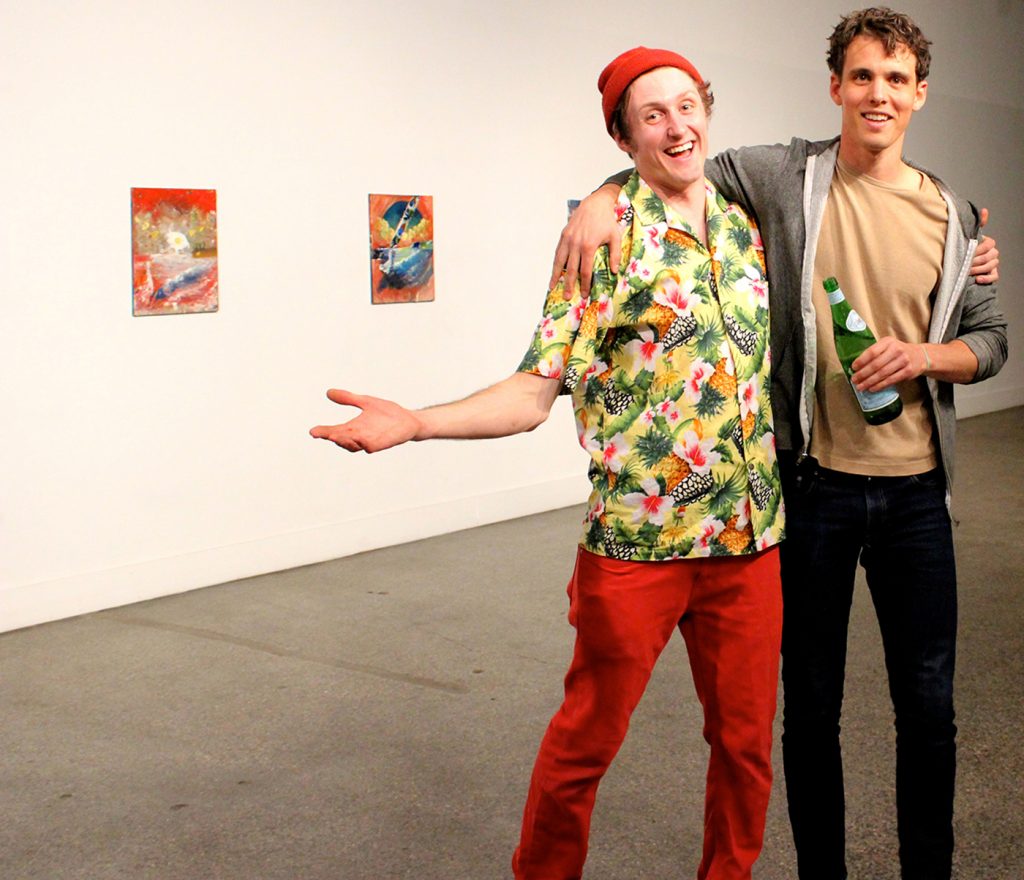 DETROIT — A lot of folks, if pressed, could probably come up with some kind of association with the name Bob Ross. If reminded that the Florida native was the host of a long-running instructional painting show on public television, The Joy of Painting, most people could recall Ross’s voluminous perm, soft-spoken demeanor, or tendency to characterize landscape elements as “happy little trees,” for example. Whether or not one considers his output to be art of the highest caliber, it is unquestionable that Ross demonstrated a sincere love of landscape painting, and an uncanny knack for developing techniques that conveyed the ability to paint to people who would have otherwise never considered picking up a brush. The show originally ran from 1983 to 1994, and though Ross passed away in the following year, reruns of the show continue to air to this day.

But beyond the rough outlines of Ross’s peaks — what the man himself might consider “step one” to creating some “graceful mountains” — far fewer folks possess some kind of studied insight into Ross’s oeuvre and methodology. That’s why, when asked to review Painting with Bob Ross, a forthcoming publication from Walter Foster Publications (an imprint of the Quarto Group), that attempts to parlay Ross’s televised instructions into book form, I knew I needed to call up on some subject matter experts. I turned to a pair of artists, Henry James Haver Crissman and Hamilton Poe, whose longstanding and ongoing collaborative work, “Self-Titled,” took a turn for Bob Ross back in 2016. This movement of the larger work, “Self-Titled 2: (954)785-8492.5,” included a pilgrimage, of sorts, to the Bob Ross Institute in New Smyrna Beach, Florida, where they were formally trained in seascape painting. As recently as this summer, the pair was revisiting their Bob Ross training, with a marathon seascape painting performance and installation at Trinosophes, which has served as longtime sponsor to Poe-Crissman collaborative antics.

Two Artists Are Alla-bout Bob Ross, and a Forthcoming Book on His Painting Techniques