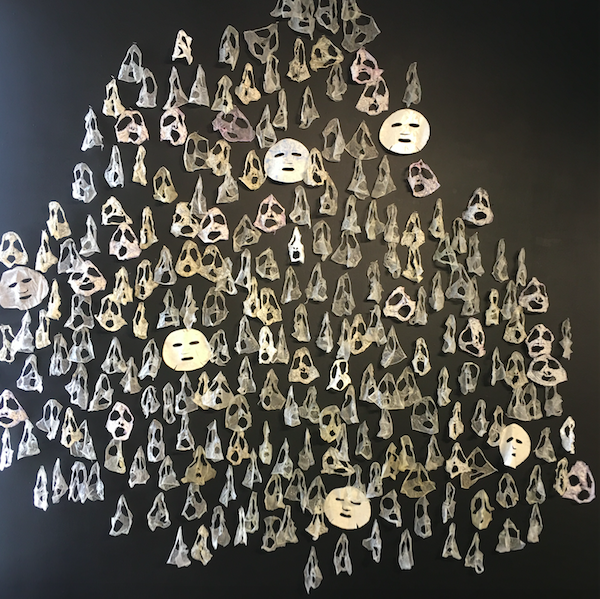 DETROIT — I grew up in the San Francisco Bay Area during the proto-tech days of letting one’s freak flag fly, so when I say something is “weird,” I sometimes have to remember, especially in the normalcy-loving Midwest, to offer the caveat that I do not mean it in a pejorative way. Weird is good, weird is interesting, and a lot of art is weird — so it is a special mark of distinction, I think, to say that the assorted and collected works of septuagenarian artist Jon Strand are deeply, maybe even hauntingly, weird.

A career survey of Strand’s decades of interdisciplinary works was mounted at the Wayne State University Art Gallery this month, hosted by the James Pearson Duffy Department of Art and History. JON STRAND: ORACLES, TEMPLES AND WAVES… and a dragon called Raoulnot only features a cross section of works from Strand’s 50-plus years of art-making (42 of them in Detroit), but emphasizes the role of collaboration in Strand’s creative process, calling out contributions by a coterie of other artists in the old-Detroit pantheon, including Bob LaRose, Jeff Hucul, Leslie Ann Pilling, S. Kay Young, Christine Welch, Judy Adams (and Fabrazzio), Barb Prusak, Sherry Jolls, Stefan and Kathy Graf, Jack Whitehead, Dolly Whitehead, and Jo Levett.