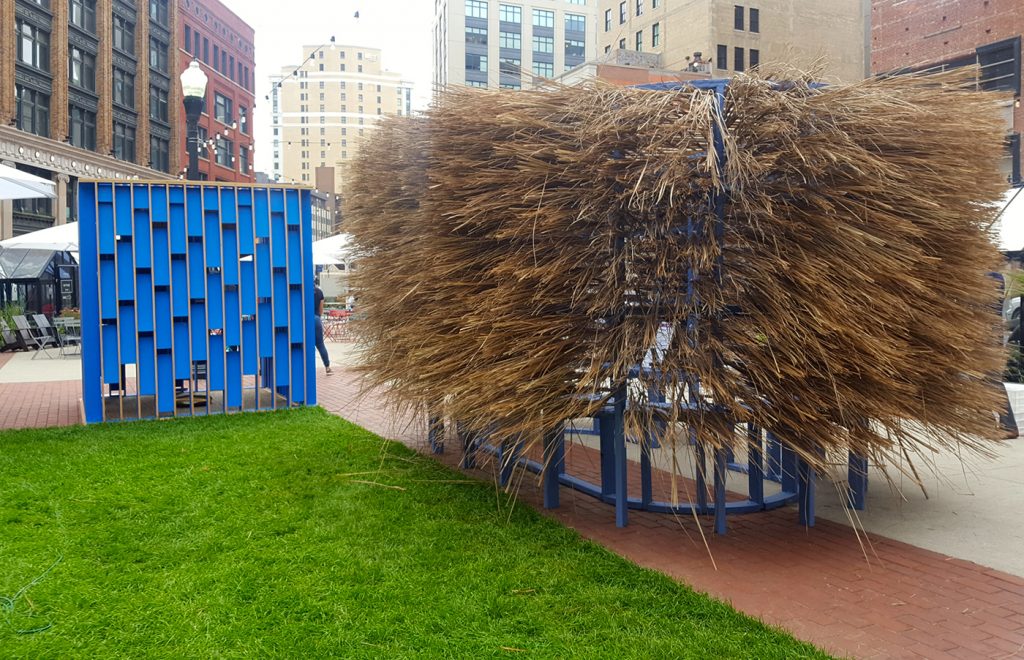 DETROIT — For centuries, Christian holidays have been the undisputed champions of temporary outdoor decorative displays in the United States, with traditions ranging from the tasteful to the garish. But this week marks the beginning of the Jewish harvest festival period of Sukkot, which celebrates the completion of an intensive High Holy day period that touches off in mid-summer. Detroit’s Isaac Agree Downtown Synagogue decided to get in the holiday spirit with Sukkah + Detroit. And since the age-old Jewish celebration of life and bounty happens to coincide with this year’s Detroit Design Festival and Month of Design, the sukkahs on display for the week in nearby Capitol Park are a lot more innovative and tasteful than your neighbor’s 14-foot Santa Claus inflatable.

The competition was modeled after New York’s 2010 Sukkah City, which similarly attracted a host of international competitors looking to grab one of five opportunities to be produced and put on display. Sukkah + Detroit received 78 applications from 14 countries, and a seven-member jury of Detroit-based architects and designers selected the five winners, who each received $15,000 to implement their designs. Each design riffs on the ancient traditions of Sukkot, which dictates that the observant build a small, temporary structure, open to the sky so that stars might be seen at night but also shaded from direct sunlight by leafy boughs called s’chach. Folks are supposed to sleep, eat, and receive company in their sukkah throughout the harvest festival period. The synagogue also specified that the proposals integrate a focus on Detroit’s thriving urban farming population, melding ancient ideas of harvest with these contemporary practices.