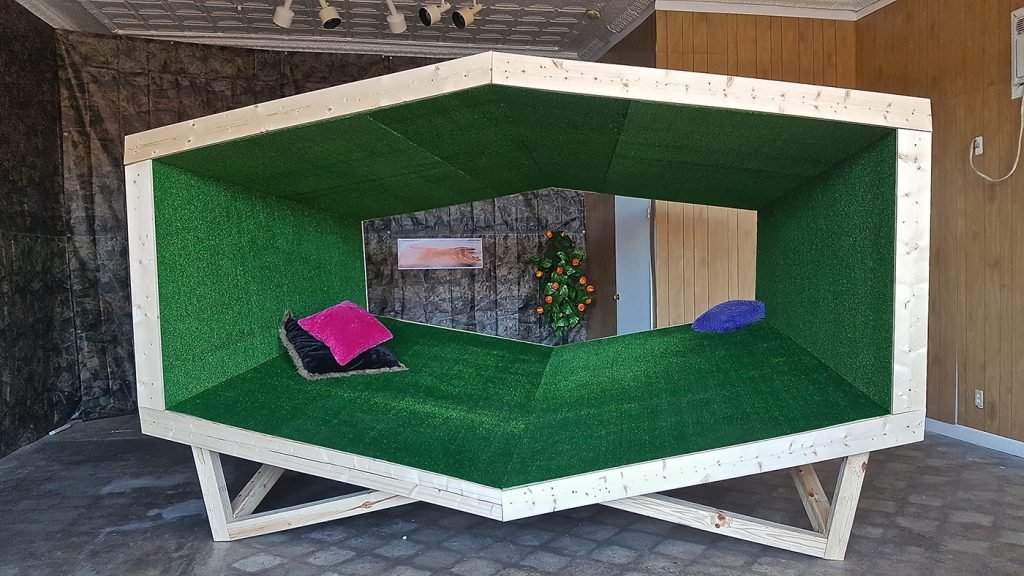 HAMTRAMCK, Mich. — In his 1996 essay on the premiere of David Lynch’s Lost Highway, David Foster Wallace offered the idea that “an academic definition of Lynchian might be that the term ‘refers to a particular kind of irony where the very macabre and the very mundane combine in such a way as to reveal the former’s perpetual containment within the latter.’” This is one of those Wallace statements that is difficult to top, in terms of its succinct precision, and he further clarifies the term as being “ultimately definable only ostensively — i.e., we know it when we see it.”

It’s been a while since artist Graem Whyte presented a solo show, largely due to the maintenance and expansion of Popps Packing & Emporium, a gallery and international artist residency program which Whyte owns and orchestrates with his wife, artist Faina Lerman. In naming his solo show at Public Pool The Yellow Lodge, Whyte inescapably invokes the idea of the Lynchian. If you’re someone who found the recent Twin Peaks reboot to be somewhat desultory, you know that living up to the promise of a Lynchian experience is a tall order, even for David Lynch himself.