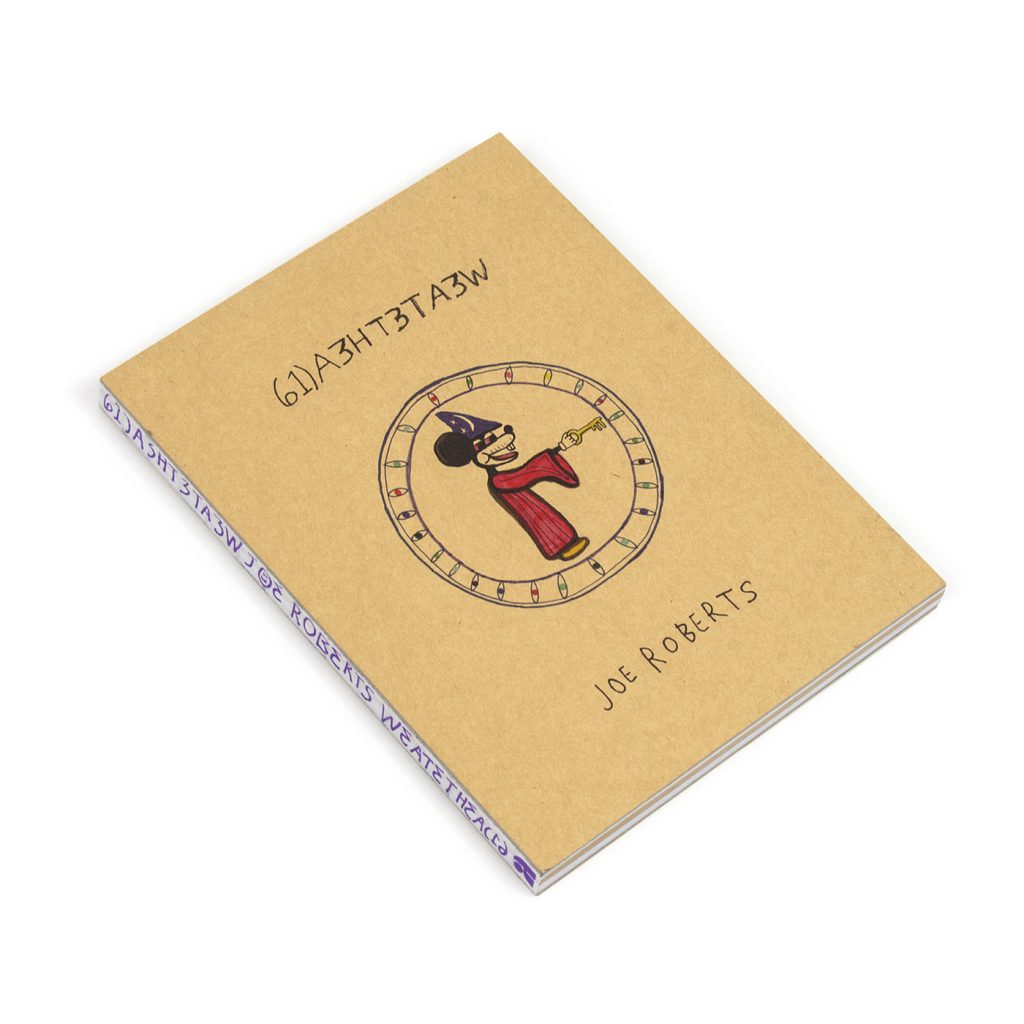 SAN FRANCISCO — Let’s begin by acknowledging what is, perhaps, only self-evident if you’ve done a fair amount of drugs: it is really challenging to produce anything, let alone something significant, while high. Though artists and musicians are among the niche professions within which open drug use, abuse, or addiction might not be instant grounds for dismissal, it is arguable that most highly creative drug-addicts are genius in spite of their addiction, not because of it. An interest in drugs, especially recreational or spiritual hallucinogens, is rarely accompanied by ambition or work ethic, in the conventional sense — which is what makes DMT an interesting choice of muse for artist Joe Roberts.

In his new book, “We Ate the Acid 61)A3HT3TA3W,” Roberts offers a collection of works, in sketchbook form, that attempt to reconstruct trips taken on homemade DMT. Dimethyltryptamine (DMT) is a naturally-occurring substance that appears endogenously in a number of plants and animals, including the human body. It can be extracted from plants via a relatively simple home chemistry process. The high is short, but it has an extremely intense psychedelic effect when smoked or absorbed orally.  On the opening page of the book, in one of the only texts, aside from a transcribed interview, is an exhortation: The way you choose to explore it is the way you choose to explore it. Make sure you take notes. This is a slightly disingenuous cue, since apparently one of the active effects of DMT tripping is body paralysis—so taking notes or creating artworks in real time would be unheard of. This makes Robert’s ability to recapture even a fragmented or distant version of his experiences extra-impressive.

An Artist Finds His Muse in a Hallucinogenic Drug