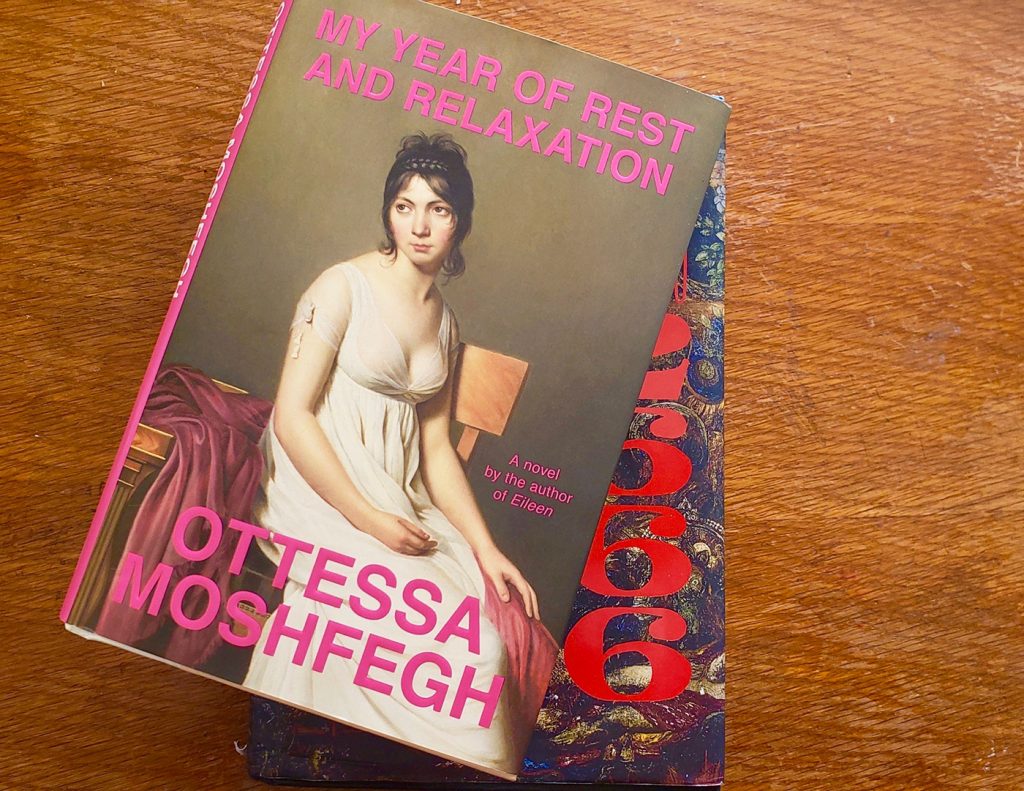 Something I often talk about, when I am invited to speak at colleges, is the value of creating a personal definition of success. I think this is so important for everyone, but especially people who work independently in creative fields, because the external forms of success are going to be jarringly and ennervatingly few and far-between—if they come at all in your lifetime.

I have been so lucky to enjoy some degree of external success and positive reception for my work—both as a writer and as an artist—enough to understand that positive reception is not enough to sustain me. Money is not enough to sustain me. Life being meaningful is the only thing that matters to me. Feeling as though I spend the majority of my time doing things that hold meaning is the main goal. This excludes a lot of professional undertakings that constitute selling some of my limited hours on Earth to other people. It’s not really about the labor—it’s about the time we have to spend on anything.

I’ve been reading this horrible book, 2666 by Roberto Bolaño. I guess it was an important book, or maybe just a way for people to show that they are capable of reading a really long book about basically nothing, but also containing hundreds of pages detailing a series of fictionalized violent rapes and murders in a Mexican border town. This would be a great example of something I don’t want to spend my time on, whether it’s written competently or not. So I stopped at page 476. Sometimes it feels good to stop doing something that is actively oppressing your brain; this involves the simple step of realizing times when you are following rules that no one is imposing on you. I’m the one who gets to set the boundaries around my mind and what takes up its time. I’ve been setting a lot of them lately.

I’ve been stopping doing a lot of things, really. I guess this is burnout. I don’t know that I’ve experienced it much before. Exhaustion, sure, because I’ve had a lifelong habit of going as hard as I can for longer than I can really take—but exhaustion is physiological. It is a depletion of energy, and energy can be restored in any number of ways. Burnout is something like depression, but less emotional. I don’t want to do anything, and I also don’t care about anything. It’s sort of a relief, a nice break from being a person who historically has cared too much about too many things, including: what people think of me, underdogs, beautiful losers, community gardens, the planet, underserved populations, politics, justice, losing weight, Detroit, art, honesty, human connection. It’s also troubling, because I objectively understand this kind of anhedonia is linked to a kind of cycling into mental illness. People close to me understand that too, and are checking in to see if I’m okay. I’m okay! I just don’t care about anything anymore.

After I threw away the Bolaño book (which, I cannot stress enough: fuck that book), I read My Year of Rest and Relaxation by Ottessa Moshfegh. It is a 289-page book and I read it in 2.5 days, so I feel reassured that giving up on 2666 says more about my boundaries in being subjected to literary abuse than my ability to read anymore. MYORAR is a book about existential dread and a highly passive search for meaning, and for this reason, it resonated with me a great deal. Also troubling, but at least I’m not alone in feeling like it would be great to take a break from everything. I was scrolling through Twitter and @deluge said: I can’t believe I have to be a person for the rest of my life. That really says it all. I can’t believe it either, and I’d like to take a little break from it now, however possible.

I could make this about society, and what we’ve collectively constructed or accepted as a construct, and how damaging it is, and how much it seems like a lot of people are coming to the end of their chain about it—but that’s probably just projecting. Most people seem fine with the basic ways in which life holds meaning: often tedious relationship, having children, worrying about bills, soul-crushing jobs, simple joys, Game of Thrones, performative social media. Great for society, another win! If you can be happy that way, I salute you! Existential dread is a bummer. But it’s been fascinating to grapple with my cognitive dissonance around the idea of doing nothing. How hard it is to assert doing nothing as a right I have earned for myself—inasmuch as I can afford to do it for awhile, as long as I am careful not to spend money on anything.

I know that my version of doing nothing is still probably productive-looking on the surface. I am foster-raising five puppies. I am planting my garden. I am writing 1,000-word pieces about nothing instead of 1,000-word pieces about art in redeveloping cities—because I don’t actually get to choose what inspires me or what comes from it. I can only choose to do the work with what arises. People who can make strategic decisions about what to believe in are so impressive to me, but I am not one of them. I follow my heart. And my heart is more static lately. What I once mistook for burnout was actually manic overdrive. This is burnout. It’s no one’s fault.

Really, it’s not as bad as I thought. It’s just different.

4 Comments on “The Burnout”

Sarah, braving nothingness with puppies – that sounds like a productive place.

You’re a hero in my book! In part because of your ability to say this:

“If you can be happy that way, I salute you! Existential dread is a bummer.”

Having a wide range to apply your solidarity in vulnerability is one of the amazing ways that you present yourself. I imagine a certain vigilance in this stance that wouldn’t have it any other way.

I’m questioning everything and on occasion and very emotionally, including myself so your sentiment seems like a faith I don’t have.

I assume you’re right about projecting too much too, someone ways saying that you know you can’t trust your thoughts when you start projecting inner turmoil to things external to you, as if the universe has had as bad of a day as you, or something like that.

I’ve been really coming back to an article again and again: https://www.buzzfeednews.com/article/annehelenpetersen/millennials-burnout-generation-debt-work

“In the movie version of this story, this man moves to an island to rediscover the good life, or figures out he loves woodworking and opens a shop. But that’s the sort of fantasy solution that makes millennial burnout so pervasive. You don’t fix burnout by going on vacation. You don’t fix it through “life hacks,” like inbox zero, or by using a meditation app for five minutes in the morning, or doing Sunday meal prep for the entire family, or starting a bullet journal. You don’t fix it by reading a book on how to “unfu*k yourself.” You don’t fix it with vacation, or an adult coloring book, or “anxiety baking,” or the Pomodoro Technique, or overnight fucking oats.

The problem with holistic, all-consuming burnout is that there’s no solution to it.”

As much as people want to argue with if this constitutes a generation of victims, I think it’s the fear of nothingness, with a dash of perspective about injustice.

Also, thanks for talking out into the void, it’s like being able to consistently return to a conversation with no expectation on this end.

I love you! I’ve been slowly doing less and less over the years, but it still looks like a lot of “doing”. I’m remembering a Youtube video with Zizek that was all about Don’t Act: Just Think. and “I would prefer not too…”