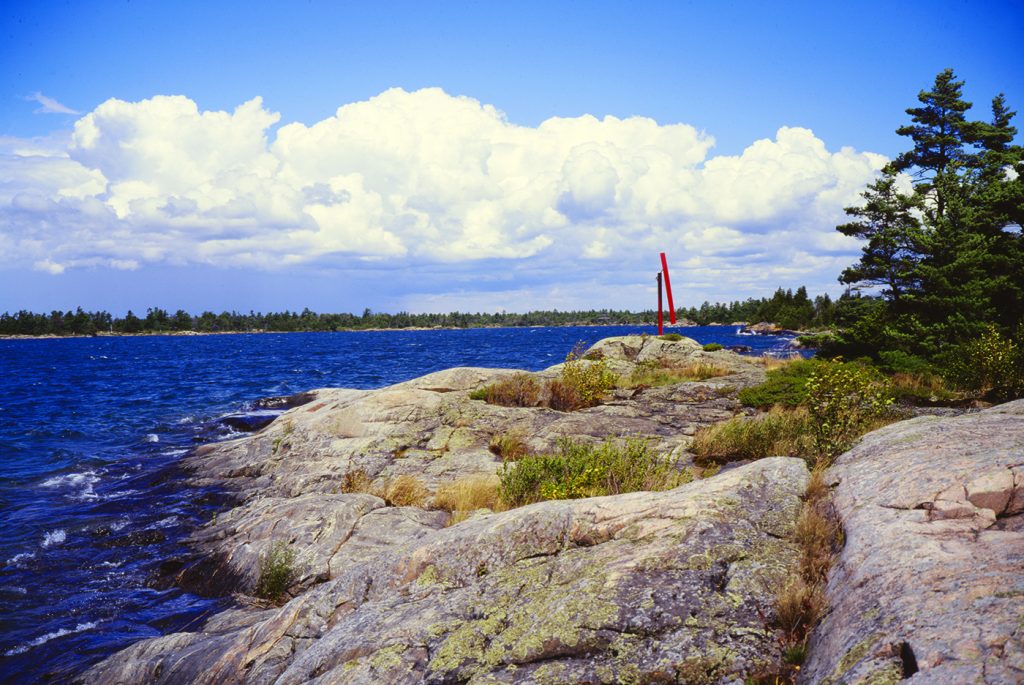 For anyone like me, who is not naturally attuned to large, metal, abstract, brightly colored public sculpture, it takes some effort to muster enthusiasm for the work of Canadian sculptor Robert Murray. Born in 1936, Murray is a standout among his artist-contemporaries, whose works converse with the Canadian landscape. Luckily, I had the benefit of a new, comprehensive monograph, Robert Murray: Sculpture, by art director, designer, and Farrar, Straus, and Giroux design manager Jonathan D. Lippincott, whose enthusiasm shines throughout this gorgeously designed compendium on Murray’s lengthy, ongoing career.

“I think Murray’s work is part of a larger body of sculpture in the ’60s and ’70s that became more about experience and creating an environment, rather than depicting a hero on a horse or simply being a decorative object,” Lippincott said in an email interview with Hyperallergic. In addition to a meticulous biography written by Lippincott, the monograph includes a 40-page interview between Lippincott and Murray that covers Murray’s salad days in New York City in the early 1960s; his time as an assistant to Barnett Newman; his relationship with the influential critic Clement Greenberg; and the finer points of his work, including his naming conventions, the idea of sculpture as experience, and his intentions for his public and sited works.