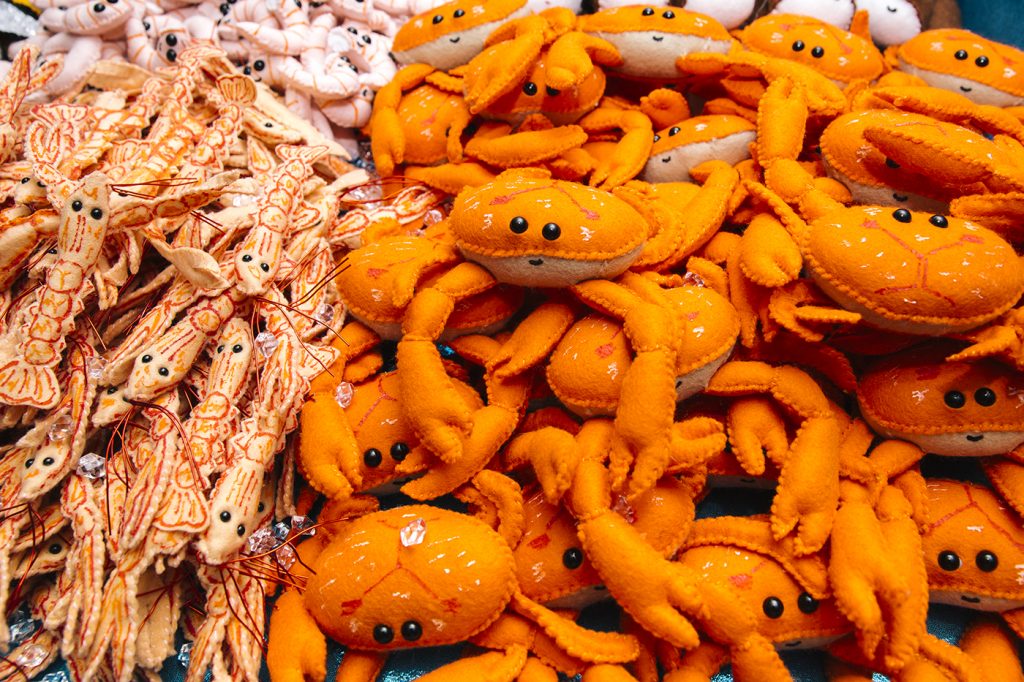 The latest from UK-based artist Lucy Sparrow, who variously charmed and irritated New York City in 2017 with her entirely felt-rendered bodega called 8 ‘Till Late, has opened in Rockefeller Center. Sparrow will be staging an extended-play version of her felt bodega, courtesy of the Art Production Fund, in the form of a fully-stocked felt deli, Delicatessen on 6th, brimming with felt produce, baked goods, seafood, and butcher fare. Among its fare are some 30,000 hand-crafted pieces, all wearing happy little faces and for sale at per-piece rates as low as $5. The surface appeal of Sparrow’s work is obvious, and her indefatigable production efforts capable of producing an army of cuteness too powerful to resist — but her work also contains embedded challenges about personal agency in the face of consumerism. It likewise manages to successfully rescue both handcraft and cuteness from the dustbin of marginalization to which many aesthetics and practices of (young) women are often relegated.

In his book, The Power of Cute (2019, Princeton University Press), author Simon May identifies cuteness as a profound and powerful aesthetic for our postmodern times, but one that has roots in the fundament of human culture. In the chapter “Cute as an Uncertainty Principle,” May begins with Ovid’s telling of the story of Hermaphroditus, identifying within it a depiction of Cute that speaks of “a tortured, helpless, and indeterminate state of being — of timeless human fascination with the transgressive-uncanny.” Later in the chapter, May continues: “Cute is, among other things, a new expression of an ancient sensibility, namely the monstrous; a contemporary way of giving voice to the ancient trope of the monstrous hybrid.”

Image by Heather Cromartie and courtesy of Art Production Fund