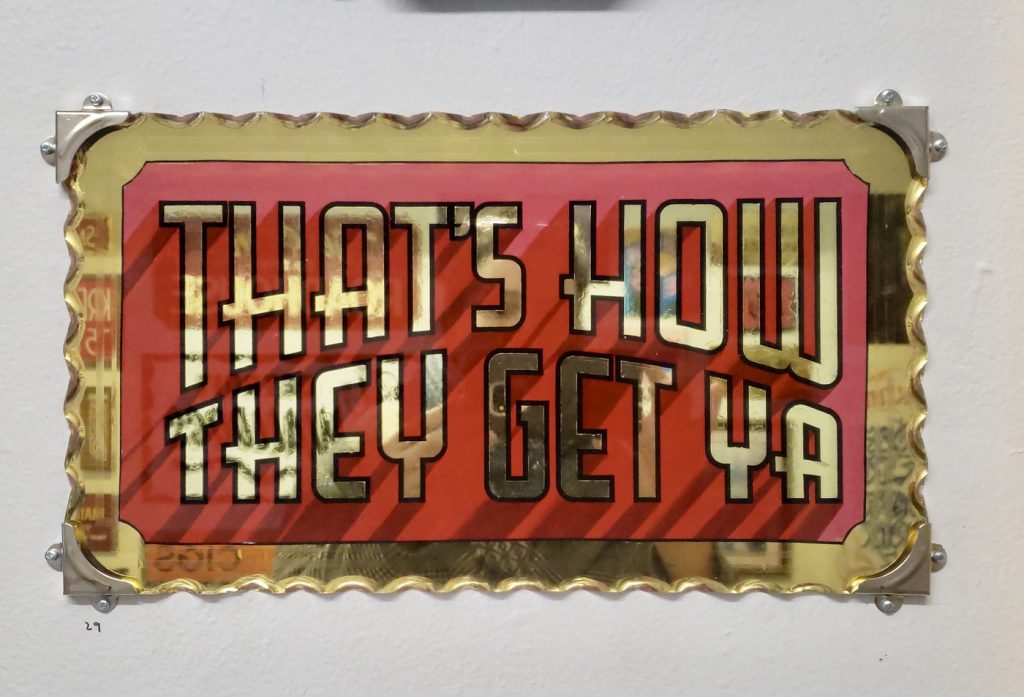 HAMTRAMCK, Michigan — With Signs Galore!, a group show of new, old, and collected works at KO Gallery, curator and Detroit-based sign painter Kelly Golden showcases one of the most enduring and dynamic aspects of Detroit’s visual language: the hand-painted sign. All over the city, one can find examples of this genre — from faded old advertisements painted on walls a century ago and left to entropy, to the one-off homemade entreaties for businesses plastering the facades of contemporary and abandoned establishments, to the recognizable stylings of some of the city’s legacy sign painters, like Articulate Signs, or the inter-generational Craig Signs. Artists repping both those shops, as well as many more, made contributions to the show, which plastered the walls of KO Gallery with a heady mélange of vintage signs, contemporary takes on some Detroit classics.

“Detroit is really unique for its abundance of hand-painted signs that are still there,” said Golden, in a telephone interview with Hyperallergic. “I think it’s because so many of the buildings just haven’t turned over, like they have in other cities.”

Golden’s interest in sign painting sparked during her undergrad years at the University of Michigan, working at Zingerman’s Deli in Ann Arbor. The deli produces a vast array of handmade signs and displays them all over its interior, advertising bread, cheeses, olive oil, and other commodities for sale, as well as highlighting the deli offerings and readymade fare. Once Golden graduated and put down roots in Detroit, she was inspired by the book and documentary Sign Painters to pursue formal training.