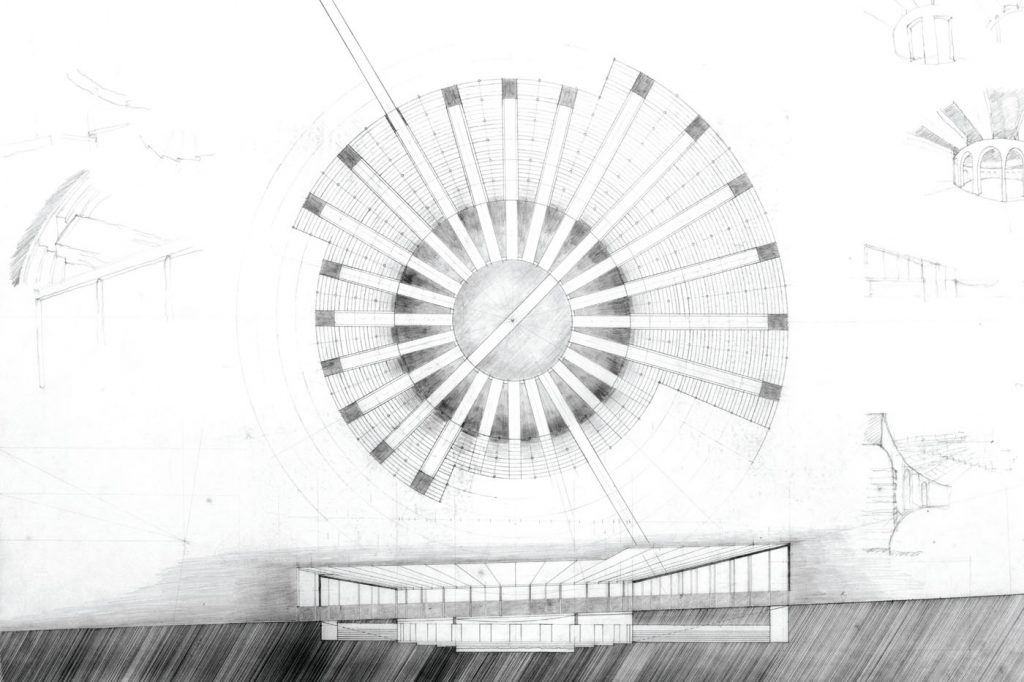 The memory or mind palace (AKA method of loci) is an old technique of memorization, developed in ancient Greece and Rome, to help cement knowledge in the mind by way of visualizing it in a “palace.” In “Memory Houses” (“Casas de la Memoria”) — a conceptual architecture project that has evolved into a physical exhibition of sketches and models, as well as a detailed book cataloguing architecture both real and imagined — Seattle-based architect Robert Hutchison adapts the notion of the memory palace in a work that serves as a peri- and post-mortem conversation with his father, who suffered from advancing dementia leading up to his death in 2016.

With the support of his studio, generally tasked with the more concrete application of architecting spaces to be built in physical spaces, the “Memory Houses” project resuscitates Hutchison’s first commission — a multi-building winery design on a property owned by his parents some 25 years prior, that was abandoned before implementation. This work culminated in an exhibition and book project that showcases the energetic force of architecture in the examination of the mental landscape.