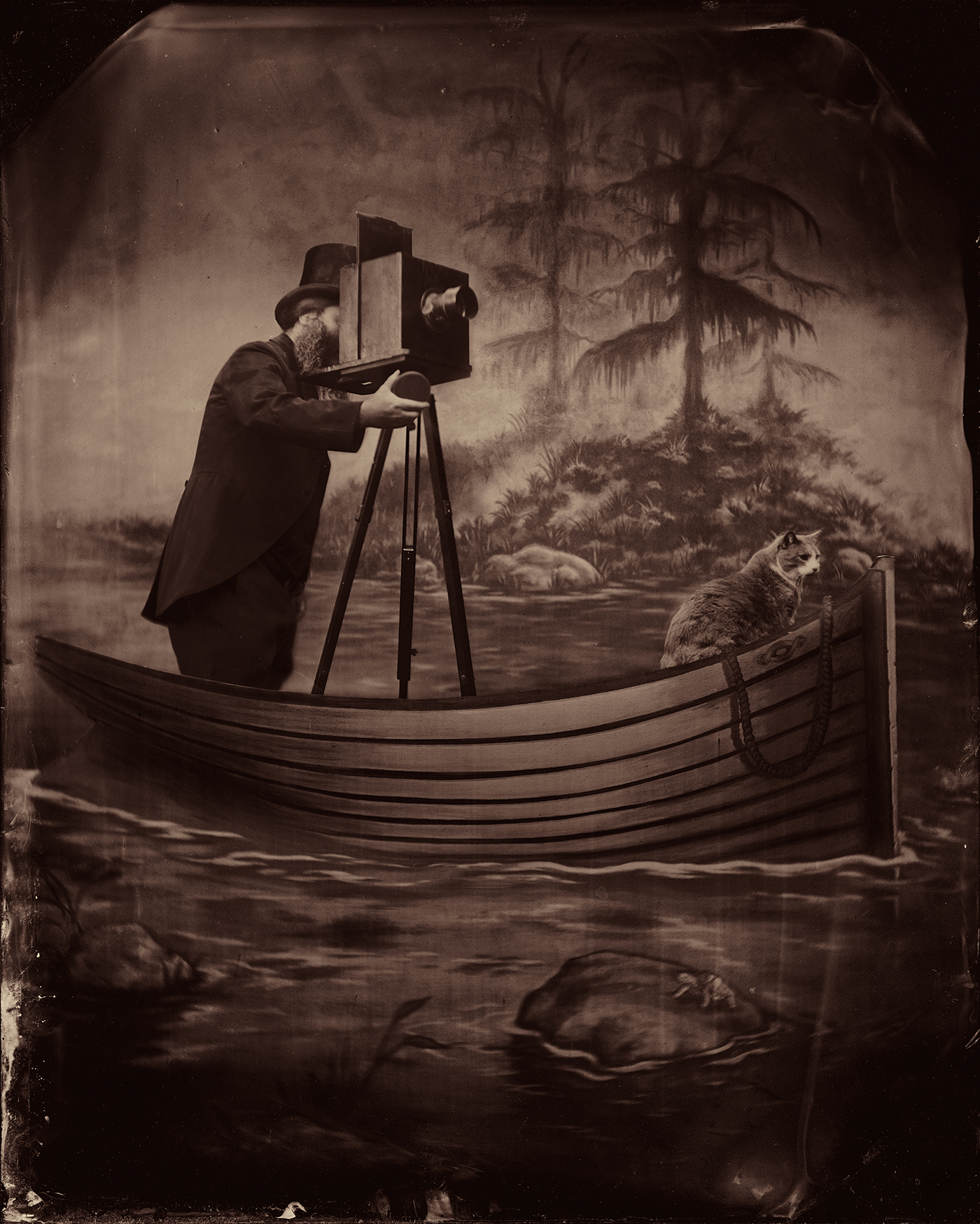 The perception of photography as a documental form is based on a simple premise: you cannot photograph something that isn’t there. In his latest project, photographer Stephen Berkman turns this idea on its head by claiming to document what is no longer there … and maybe what never was. On this point, you won’t get a straight answer out of Berkman.

“Creating the book, I never thought about it in terms of classification,” he said, in a phone interview with Hyperallergic. “I hope this book looks to the future as it exhumes the past.”

Berkman conveys a deep understanding — and even fetishization — of the mechanics of analog and chemical photography, but has still managed to capture a speculative bit of history with Predicting the Past—Zohar Studios: The Lost Years, a book just published by the Los Angeles-based Hat & Beard Press. The expansive collection of images presents the colorful cast of characters in attendance at the mythical Zohar Studios, a 19th-century Lower East Side photographic establishment of the eponymous Shimmel Zohar — an Eastern European Jewish immigrant who came to the United States in the 1850s (according to detailed archival materials included in the book’s back matter).

One Comment on ““Zohar Studios: The Lost Years” by Stephen Berkman @ Hyperallergic”

Perfect for our locked in surreal times, an exciting imaginary adventure.