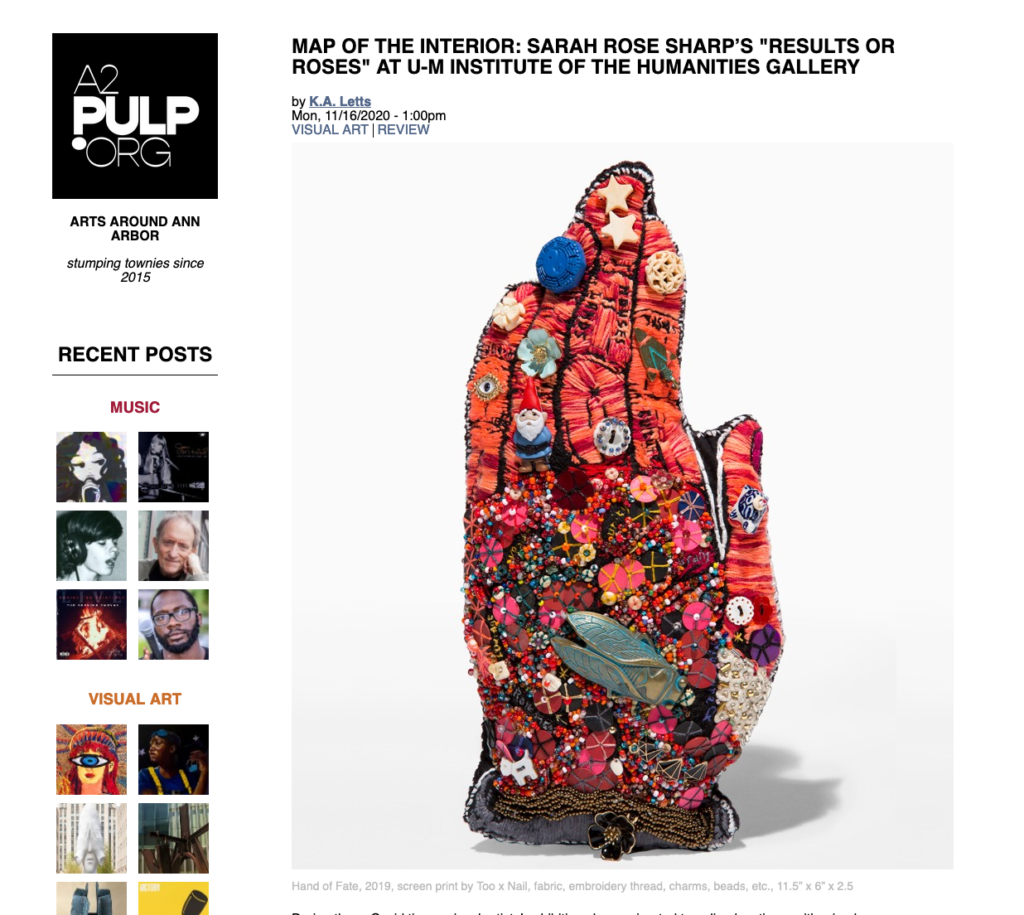 “The overarching intention of the work seems to be located somewhere in the psychic territory between nostalgia and satire.”

First of all, K.A. Letts has really emerged as a champion for regional arts writing on top of her prodigious chops as an artist. Secondly, as someone who is more used to doing the writing about other people’s art, it is a really beautiful thing to be on the receiving end of such an act. Thirdly (and probably firstly), she makes some really great points. Thank you, Kay!

“The modestly sized but obsessively decorated wall hangings, flags, throw pillows—and some three-dimensional assemblages too strange to name—add up to an untamed fantasia of tat and glitz. Sharp combines an improbable array of materials in her free-hand, free-associational compositions, some vintage, some newly minted. Found objects, beads, applique, and embroidery seem to boil over the surfaces, threatening to encase the fabric ground entirely. Immigrant Song, perhaps the signature piece of the show, is a demented version of the Statue of Liberty, her single, oversized eye gazing out at the world and radiating energy. The surface is sequin-encrusted, and free-hand needlework decoration vies with store-bought embroidery patches for control of the surface. The fabric base for the artwork is part of a tablecloth that belonged to the artist’s great grandmother, which the artist cherishes as a meaningful collaboration with a woman she never met. Sharp has a real gift for the creative manipulation of materials but is clearly more interested in their expressive potential than with conforming to any conventional notion of craft.”