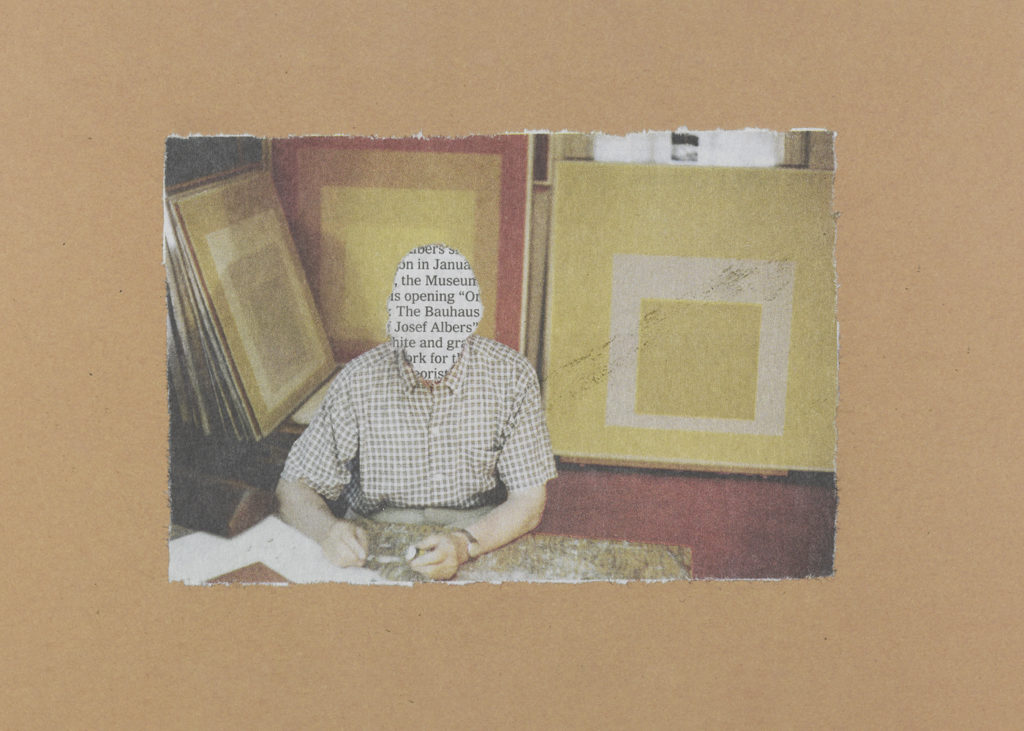 Movie-making is a highly collaborative form, with individual contributors on every level adding up to a final product that is often associated with a few key figures. While directors are often associated with the aesthetics of their films — and naturally play a huge part in their determination — their oeuvre encompasses a vast multiplicity of visions. That’s why it’s interesting when director Jim Jarmusch, the maestro of casual dystopia, makes something all on his own; it’s the rare opportunity to identify the singular perspective of a filmmaker.

SOME COLLAGES (Anthology Editions, 2021) is, as the title suggests, a series of collage works — diminutive pieces with subjects excised from newsprint and presented on brown cardstock backgrounds. There is a corresponding solo show of the original work at James Fuentes Gallery, New York, on until October 31, but the book aptly captures each discrete little tableaux. In fact, it offers the opportunity to pull them close and examine them in more depth.